Every society is based on strong systems of belief that are part of our culture and daily lives. These beliefs become mythologies when they are constructed and nourished by a discourse – verbal or visual – generated and appropriated by the society we live in and by its system of communication.

This exhibition aims to explore the social construction of certain mythologies in Cambodia, China, Myanmar and Vietnam, in particular. These countries have deeply relied, and still do, on official narratives, developing and supporting fictional discourses in order to promote dominant State ideology and to obscure some parts of reality and history. Some mythologies thus serve specific political agendas while others are generated by collective beliefs – the global capitalist system, for instance – and grow and subsist beyond national boundaries. They can both invigorate society or limit its scope of expression. In response to these myths, art opposes its own fictional and independent discourses.

Everything can actually become a myth, everywhere: the five featured artists reflect on this ongoing dynamism that is constantly at work and shapes our vision of the world.

Truong Cong Tung and Khvay Samnang’s works are responding to each other. They question the encounter between two opposite mythologies that cohabit in rural areas in Southeast Asia. These lands are often the territory of sacred places and spirits, the cradle for mythical and traditional beliefs transmitted by diverse ethnic minorities who have been living there for centuries in harmony with nature. Today, with the intensive exploitation of land and rapid deforestation, traditions are waning and these ancient beliefs are threatened. However, they seem to be somehow replaced by another set of beliefs based on the rhetoric of modernity and prosperity, built by the State and by private development companies.

Truong’s installation and sculptures embody this cultural confrontation, combining hybrid found objects made of newly sacralised elements and natural parts, mingling local cosmologies with imposed technologies. His work is deeply informed by the traditional values of his native region of the Central Highlands in Vietnam.

Khvay’s video and masks are the outcome of the artist’s quasi-ethnographic encounter with the Cambodian Chong community, an ethnic minority living in the Areng Valley and known as one of Southeast Asia’s last great wilderness areas. Together with choreographer Rady Nget, the artist reflects on the animist beliefs of this population magnifying the empowerment and agency of a nature endowed with its own interiority and subjectivity.  Their representation somehow echoes the myth of a Golden Age when harmony existed between nature and all creatures, a discourse reactivated today in resistance to ecological threats and the contemporary breakup with nature.

Born to an Indian-Burmese family, Maung Day, who is both poet and artist, scrutinises the official Burmese discourse aimed at excluding minorities and fostering violence, exploring in particular the dark side of the Buddhist belief system in Myanmar.  In this series of new drawings, he hints at the institutionalisation of Buddhism by the Burmese military State and emphasises how the religion has become an instrument of its ultranationalist policies used to activate and justify violence. The ancient Buddhist tales have henceforth been diverted and stripped of all their meaningful content. Leaving all interpretations open, the artist proposes his own absurd mythologies.

Thao Phan-Nguyen’s response to political mythologies and beliefs is a set of poetic tales based on her artistic and free interpretation of history and popular stories. The time and place of her video are fictive but the work refers to the agrarian reforms that took place in Vietnam in the 1950s and to the Romanisation of written Vietnamese by French Jesuit Alexandre de Rhodes. The tone of the video and the style of her drawings are falsely naïve: beyond political utopias and dreamlike aspirations lies the reign of manipulation, dictatorship and cruelties.

These ambiguities and tensions feature also in the paintings by Chinese artist Wang Zhibo whose work remains on the edge between fiction and reality. Reaching reality is actually just another mythology since beliefs and reality are constantly and tightly entwined. The Chinese painter addresses these complex issues with her usual sense of humour against the backdrop of a ubiquitous system of power. 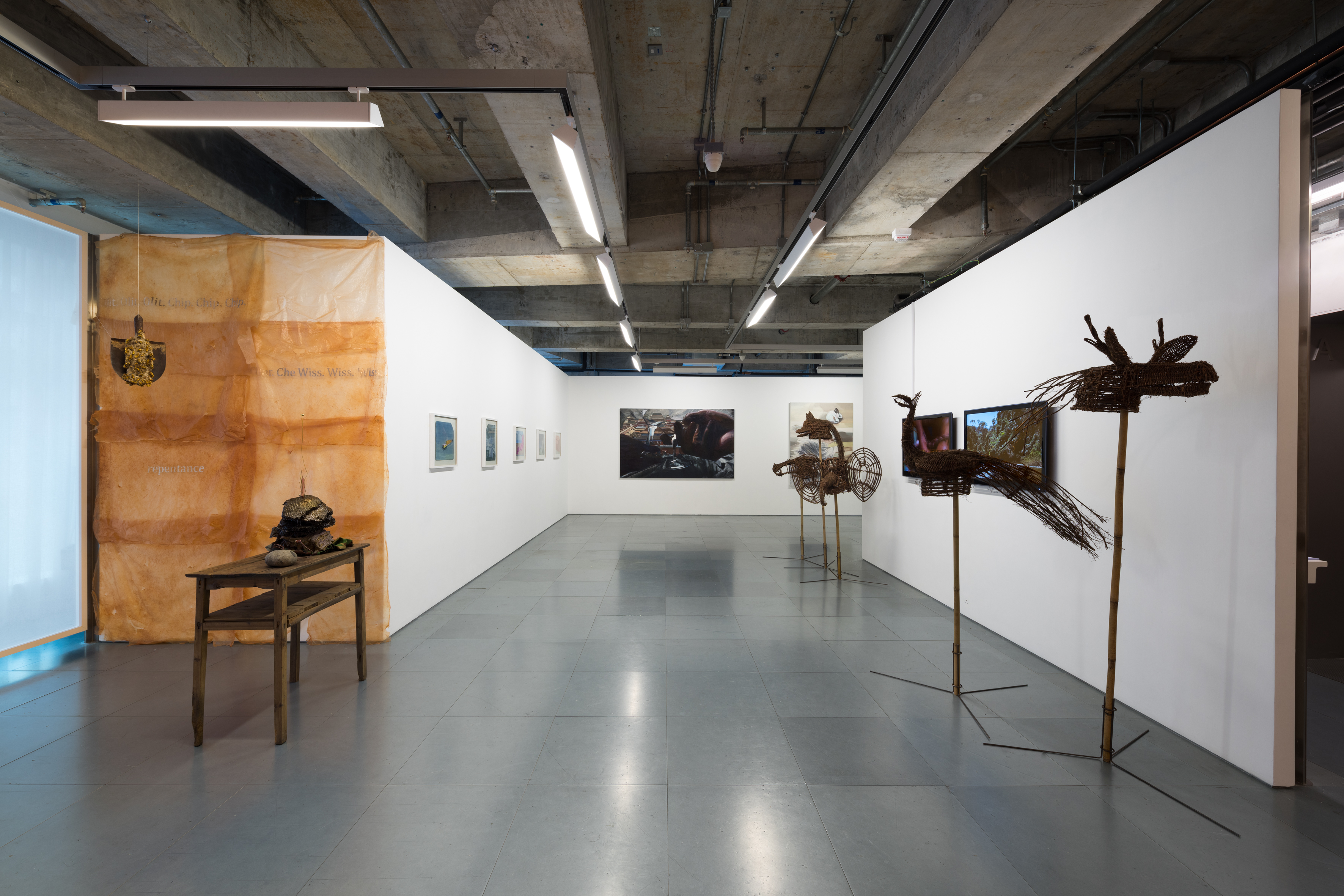