What A Big Smoke Ring

We are pleased to present Yeung Hok Tak’s solo exhibition What a big smoke ring, the Hong Kong artist’s first exhibition with Kiang Malingue. Showcasing more than twenty recent paintings by the artist, the exhibition on the newly expanded 13th floor of the gallery’s studio space comprehensively celebrates the latest development of Yeung’s artistic trajectory over two decades: a body of vibrant, luscious and humorous works that deals in an evermore sophisticated fashion with a city’s history, in relation to a world that deems both the present and the future uncertain.

The title of the exhibition, What a big smoke ring speaks of a case of mis-remembrance: Yeung Hok Tak recalls listening to Hong Kong singer William Fung Wai Lam’s 1981 hit What a big web, but mistakes the title and lyrics of the song. For the artist, this is a laughable yet critical point of departure for the recent series of paintings that largely explores the dynamic of memory, nostalgia and history. Historical narratives are deemed to be written, crossed out and re-written as a generation follows or defies another. In everyday reality, the beauty or superiority of the good old days is a highly contested matter, subject to constant manipulations and fabrications.

Yeung Hok Tak in recent years has frequently alluded to the notion of rewriting the past, and its haunting reappearance in realistic scenarios and dreams. Old-timers, robots, games and other figures serving as tokens and memorabilia from memory populate scenes such as in Captive of Times, I Will Come For You, Play Hide-and-Seek With Victoria. Meticulously and playfully depicted, is an impossible co-existence of anachronistic beings, faithfully representing a series of situations in which collective memory fragments reemerge and come into the foreground as the world turns.

The tension between truth and false memory is also a liberating force, enabling Yeung Hok Tak to render at length narratives that are magical and mesmerising, including those found in Enter the Fire Dragon, Hungry Cloud 1 & 2, Pork Pagoda, and Crackling, Spluttering, Roaring. The highly stylised monochrome pieces such as To Catch the Ghosts and Dazzled intricately delineate surreal, labyrinth-like landscapes, exploring construction and collapse of fantasies and dreams.

The formation of Yeung Hok Tak’s latest painting practise pertain also to conflicting ideas of speed. The accelerated human figures, animals, androids and clouds march and roam towards outside of the picture, in stark contrast to majestic mountains and wonderfully lit cityscapes that stand obtusely still. In this sense, the recent body of work is expressive in nature: caught between desiring rapid, escapist transformations on the one hand, and defending stubborn traditions on the other, Yeung Hok Tak combines the social and the romantic in a singular painterly aesthetic that is sincere, confessional and critically engaging. Furthering emphasising the candid aspect of his oeuvre, Yeung has also written texts for each of the individual artworks shown in the exhibition. Humorous and at times stingy, Yeung produces a space between his paintings and writings in which imaginative and conflicting views are put to work.

Born in 1970 in Hong Kong. Since the 2000s, Yeung Hok Tak has been prolifically depicting people and scenes unique to the land of Hong Kong in rich and at times psychedelic colours, exploring the complicated relationship between nostalgia, memory and social change with delicate or rough marks. Over the years, Yeung has developed a singular aesthetic, upon which the artist further constructs in recent time an urgent, critical painting practise that is deeply concerned with the social and political of the region. Yeung reveals and rediscovers fragments of memory buried deep in the collective consciousness, juxtaposing historical and contemporary subjects in romantic and surreal ways, to question the meaningfulness and legitimacy of historical developments and social progress.

What A Big Smoke Ring 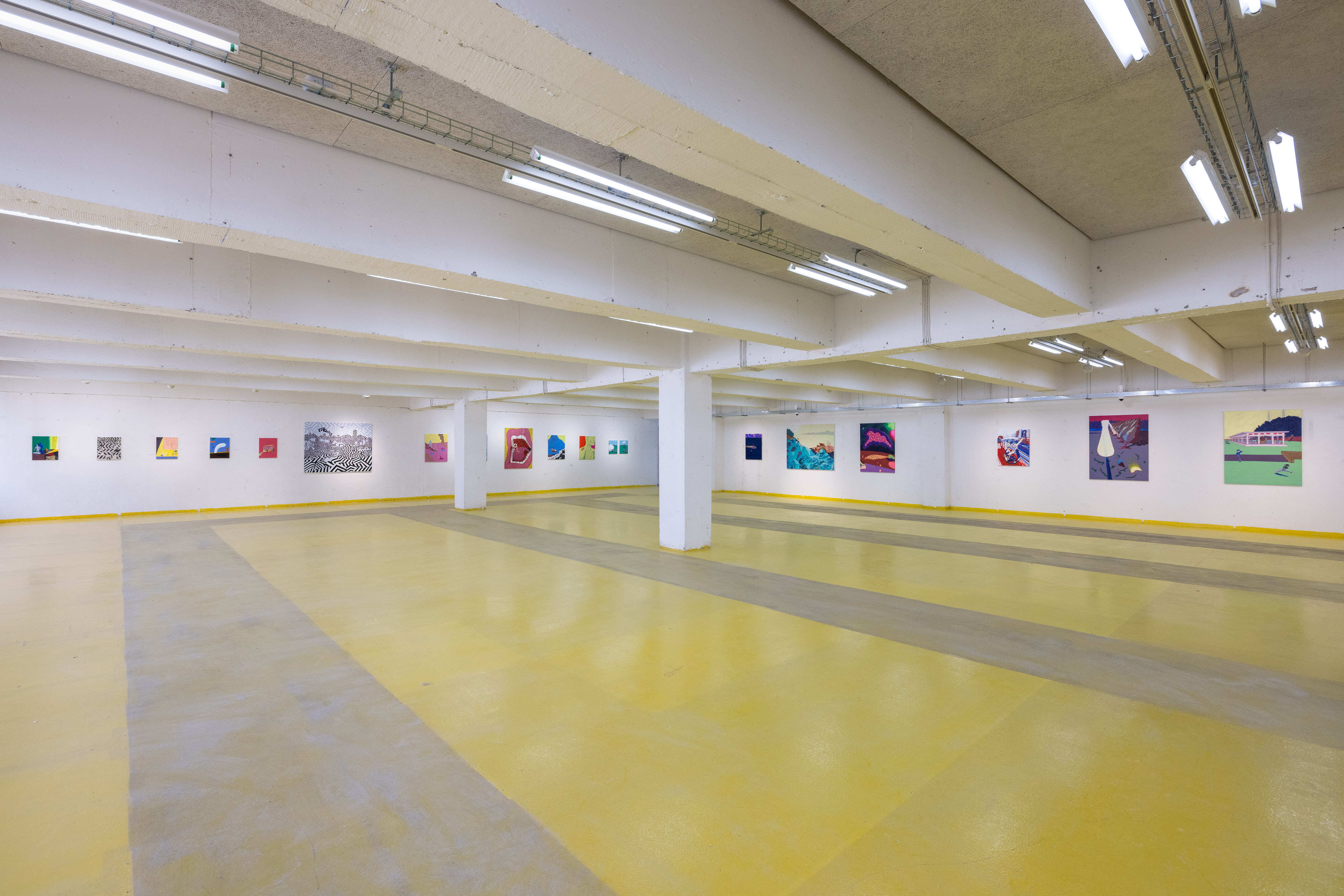