2014 was a special year for the artist Zheng Zhou. That year, he attempted all kinds of “destruction” in his paintings—discarding the rules of perspective and messing around with space. He did not seek the accuracy of plasticity; he was determined to break down the various principles imbibed in an art academy education. Before this, Zheng Zhou’s work had appeared ordered and limpid. Just as the artist Xue Feng said, “From secondary school to his undergraduate degree, eight years of technical training made Zheng Zhou into a technician. After many years of struggle, he morphed into a solitary artist.”

Zheng Zhou is from Wenzhou. In the early 1990s, he studied printmaking at the Zhejiang Academy of Fine Arts (now called the China Academy of Art). After graduation, Zheng Zhou had always maintained his position as an art instructor all the while persisting in making paintings. Only in 2013 did he move to Beijing, to begin focusing on his own creative practice. One can imagine how in 2014 enormously proud an act it was when Zheng Zhou put himself in the position to set everything else aside in order to focus and concentrate on realising his artistic ideals. Zheng Zhou has defined the year 2014 as a point of departure, a nascent opportunity. He attempted to undertake all sorts of experimentation in the language of painting. As he describes it, this was an especially exciting and gratifying thing, drifting between the abstract and the representational, in search of a middle path, in search of order in a disorderly space.

The works of 2014 can be seen as a response to surrealism, an attempt at automatic painting. This influenced Zheng Zhou’s later works. For instance, with the works exhibited in the 2017 exhibition ‘Celestial Phenomena’ at Edouard Malingue Gallery Shanghai (most of the works shown were painted in 2017), the thing that Zheng Zhou called “the will of heaven” (tianyi) was actually an Eastern elucidation of automatic painting, of an unconscious act coming purely from the soul which spurns traditional morality, aesthetics norms, as well as the perplexity of rational thought, thereby establishing a new order.

This time, Edouard Malingue Gallery’s Hong Kong space will present a series of works created by Zheng Zhou in 2014. The dimensions of all works are 110 x 110 cm. The artist believes that creating square compositions differs from traditional “landscape compositions” (hung horizontally) or “portrait compositions” (hung vertically) and makes greater demands of the artist’s ability to deal with the picture plane. Aside from that, Zheng Zhou has never stopped experimenting with colours. He likes using pure colours, believing them to hold the greatest challenge. The works in this exhibition are mainly bright in colour, with great visual impact. After experiencing over twenty years of enduring and refining the self and his inner experiences, Zheng Zhou has independently and firmly staked out his own path in painting. Without a care for mainstream judgements and values, he paints the paintings he wants to paint. 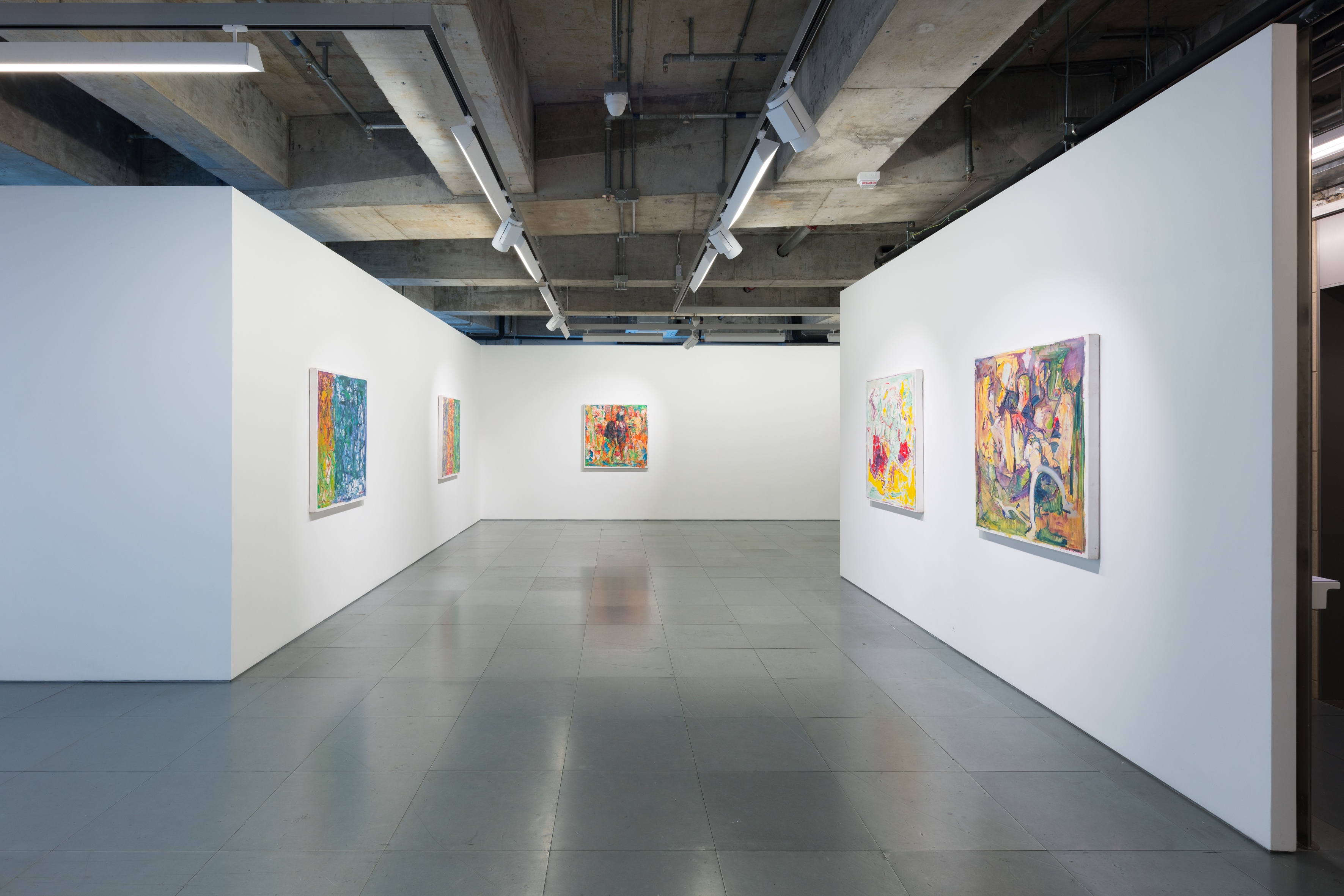