What are the bounds of, and potential for, eco-queerness: therein lies the central probe of Edouard Malingue Gallery’s solo presentation with Zheng Bo (b. 1974, China) for Art Basel Miami Beach 2019. An artist committed to social and ecological vibrancy, Zheng Bo unravels the queerness of plants and people, mounting sensitive and thoughtful encounters between individuals and fern life. The booth will present the ongoing film project ‘Pteridophelia’ including for the first time ‘Pteridophelia 4’ (2019), the fourth chapter of Zheng Bo’s investigation into intimacy with ferns, alongside the open books ‘Survival Manual II (Hand-Copied 1945 “Taiwan’s Wild Edible Plants”)’ (2016)  that addresses colonial assertion through the foil of identified edible plants and ‘Survival Manual III (Hand-Copied 1833 “Biko somoku zu”)’ (2019) that was released during Tempo famine in the Edo period to protect people from food shortage.

Entering the dark booth, the viewer is firstly struck by the films played on loop, spanning the width of the backmost wall. ‘Pteridophelia’, conceived by juxtaposing pterido- and -philia, imagines intimate relationships one can have with ferns. ‘Pteridophelia 4’ (2019) addresses ethics, in particular the relationship one can have with young ferns otherwise termed ‘fiddleheads’. These youthlings, a sprightly green that resembles flattened coils akin to incense, have inspired us in our everyday lives, from the ornamental element of violins otherwise known as a scroll, to the curled staff used by bishops otherwise termed a crozier. They equally are used in cuisines, from across Asia to northern France, valued for their antioxidant properties. Zheng Bo goes one step further, however, and addresses the morality of having sex with them. Are such actions sublime or repugnant? Is it a matter of context or ecology?

Also on display are Zheng Bo’s three previous film works exploring ferns, persons and desire, especially in the context of Taiwan that is home to the highest number of ferns per square meter and harbours over 600 species. In the first chapter, six men are shown in close contact with ferns, tenderly caressing them. In the second chapter a man makes love with a bird’s nest fern then eats it. In the third chapter Zheng Bo collaborated with local BDSM practitioners who in turn practiced with three local fern types. The questions that first surface in these three chapters, as well as ‘Pteridophelia 4’ (2019), are ones of sexuality and fetishisation – the acceptance of that yearning to connect and to fulfil. Through this overt discourse around sexuality, however, there is the question of norms and confines, how society is mechanised and/or tends towards species purity.

Displayed in cabinets are the meticulously hand-copied versions by Zheng Bo, ‘Survival Manual II’ (2016) and ‘Survival Manual III’ (2019). ‘Survival Manual II’ is a hand-copied version of an illustrated book created by Japanese colonial forces that occupied Taiwan between 1895-1945 that identifies and demonstrates edible plants. It notes, topping in terms of abundance and nutrition, ferns. A tool for survival by the occupied, the book points to the fragmentation with the local indigenous population that already knew to value ferns, while the re-transcription marks a certain re-seizing of knowledge. As such, the conversation around ecology extends beyond plants and sexuality to the usurping of control and political engagement.

Ultimately, the booth, through the lens of a solo project with Zheng Bo, is about marginalisation. Tenderly and tentatively, it engages with social repression and expression, a consideration that applies to Taiwan and Greater China but extends globally to humanity across the globe.

Zheng Bo has worked with a number of museums and art spaces in Asia and Europe, most recently 58th Venice Biennale (Venice), Gropius Bau (Berlin), Parco Arte Vivente (Torino), TheCube Project Space (Taipei), Villa Vassilieff (Paris), Sifang Art Museum (Nanjing), and Hong Kong Museum of Art. In 2018 his works have been included in Manifesta 12, Cosmopolis #1.5, the 11th Taipei Biennial, the 2nd Yinchuan Biennial, and the 1st Thailand Biennial. In 2018 he completed an artist residency at Asia Art Archive, Hong Kong. Upcoming projects include participation in the Liverpool Biennial 2020 and In House: Artist In Residence at Gropius Bau for the year of 2020. 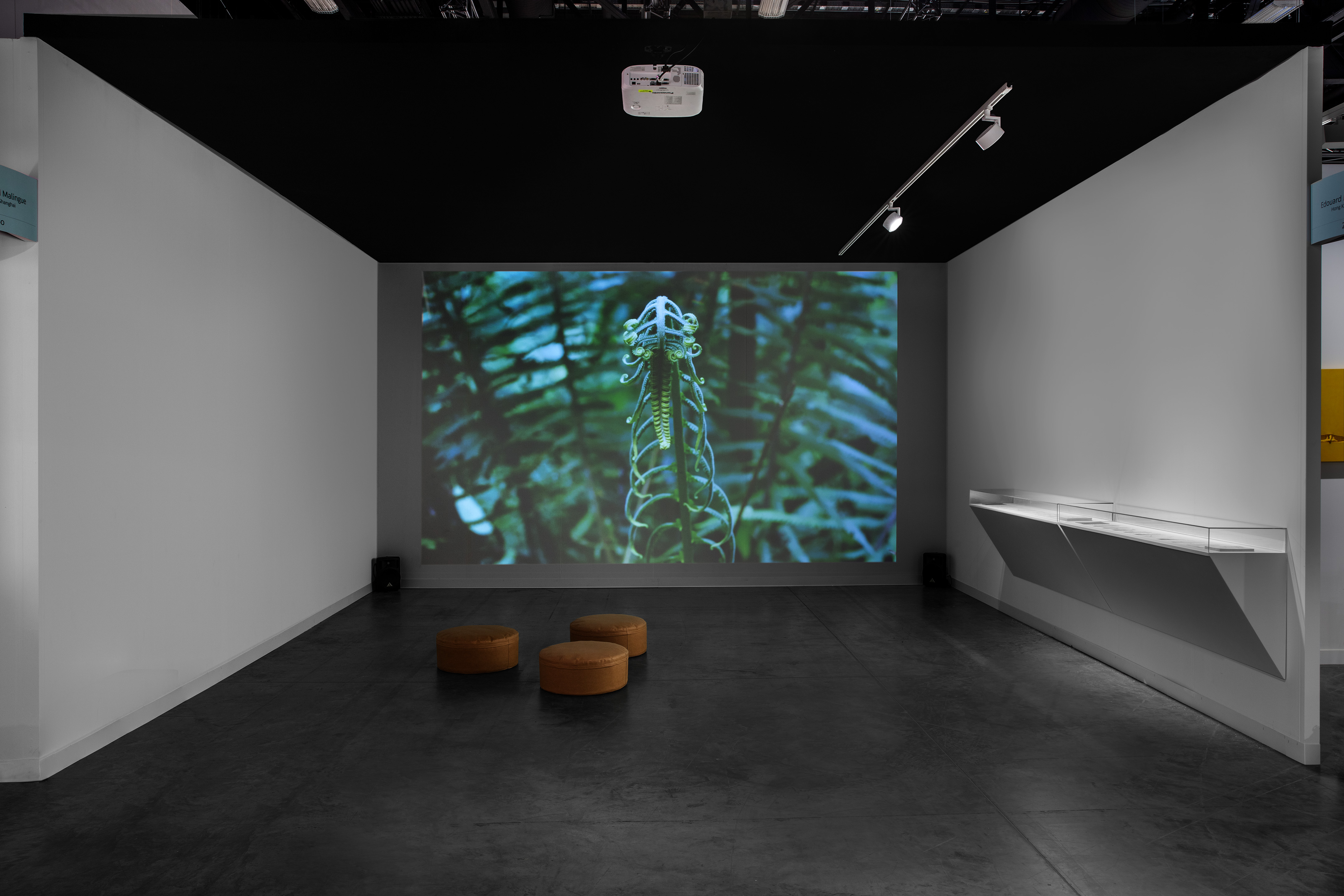