Edouard Malingue Gallery is pleased to present a booth bringing together the work of He Yida (b. 1980, China), Jeremy Everett (b. 1979, USA), Ko Sin Tung (b. 1987, Hong Kong) and João Vasco Paiva (b. 1979, Portugal) who across different geographical zones and disciplines explore variances of everyday life.

He Yida mounts delicate sculptural compositions that challenge the aesthetics of the quotidian, the relationships between objects, their surroundings, and more broadly probe at the origins of art. Living in Shanghai, He’s approach to the readymade is one of integration rooted in material. She identifies curvatures, textures, weights, and thereby creates her own language of sculpture: one that acknowledges the utilitarian purpose of the original but uses it as a springboard to build a palpable yet ambitious multi-dexterous theatre of objects. On display is ‘Untitled’, a collection of floor-based sculptures composed of steel, paper clay and glass, the elements finely balancing off each other creating ranges of space. He’s solo exhibitions include A+ Contemporary, Shanghai; C-Space, Beijing. Her selected group exhibitions include Edouard Malingue Gallery, Hong Kong; Surplus Space, Wuhan; MOCA Shanghai, Shanghai. In 2018 she completed a residency at CFCCA, Manchester in conjunction with the Liverpool Biennial.

Jeremy Everett creates works that exist as the fragment of a sentence, a lyrical exposé, released into the world with precise abandon; the visual confrontation of a new world that exists within yet beyond our own. With an initial degree in Landscape Architecture, Everett traversed into the art of making. Citing inspirations such as Land Art masters Robert Smithson and Michael Heizer, Everett’s work stems from a centre of intuition and subtly evolves beyond process and creation; neither never fully created nor complete, its significance is in its evolving state between varying forms of beauty. Presented is the diptych ‘Untitled’ composed of smoke pigment on canvas, the fine application of ‘paint’ revealing the painting’s structure. Everett has held solo exhibitions in Los Angeles, New York, Shanghai, Paris and Hong Kong, amongst other locations. Everett recently participated in a group show at Espacio Tenerife de las Artes and has been exhibited at the Museum of Contemporary Art, Chicago. Everett’s practice has been extensively featured in publications and critical reviews including Phaidon, l’Officiel de l’Art, The New York Times, Modern Painters and ArtReview, amongst others.

Coloured-in wallpaper, patched walls, blurred images of domestic paraphernalia – these are but some of Ko Sin Tung’s visual dialogues with the intimate yet urban environments that persons individually create. Concerned with the impact of ‘things’, Ko Sin Tung investigates, through a myriad of mediums and materials, the psychological influences private objects project and the idiosyncratic functions they’ve been personally channeled to fulfill. A graduate from the Department of Fine Arts at The Chinese University of Hong Kong, Ko Sin Tung observes the city’s inhabitants, their close-quarters, and identifies with curiosity their values as dictated through the items they treasure and keep. Presented are works from her ‘Dash Line’ series in which she’s painted over images of a highway, hiding the roadside demaractors. Sin Tung has previously been exhibited at CFCCA, Manchester; Asia Society, Hong Kong; Para Site, Hong Kong, amongst other locations. Ko Sin Tung has also been awarded multiple awards including Project Grant (Emerging Artists Scheme) from the Hong Kong Arts Development Council (2014), the Pure Art Foundation Grant 2013-2014 (2014) and Jury’s Special Prize of Huayu Youth Award (2016).

João Vasco Paiva is a Hong Kong and Portugal-based artist who observes the complex and continuously shifting characteristics of objects and spaces. Interested in semantics – the visual language each structure, perimeter and component may possess – Paiva examines the particular lexicon of constructed, detruded or neglected units, systematically documenting, analysing and abstracting them to compose a process-driven composition that is simultaneously an artwork. ’Untitled – Sunday’ is a series of works composed of casts of cardboard sheddings primarily used by domestic workers on Sundays as temporary modes of abode. Rendered in resin, he awards a permanence to the impermanent. Paiva has been exhibited widely from Hong Kong and Portugal to the UK, Australia, Hungary and New York. Recently, Paiva presented a major installation at Bold Tendencies, London and held a solo exhibition at Museu Nacional de Arte Contemporânea do Chiado, Lisbon. Further exhibitions include Witte de With, Rotterdam; Artsonje, Seoul; OCT Contemporary Art Terminal, Shanghai. His work is held in the permanent collection of the Israel Museum, Jerusalem; Yorkshire Sculpture Park, UK; Sifang Art Museum, China. 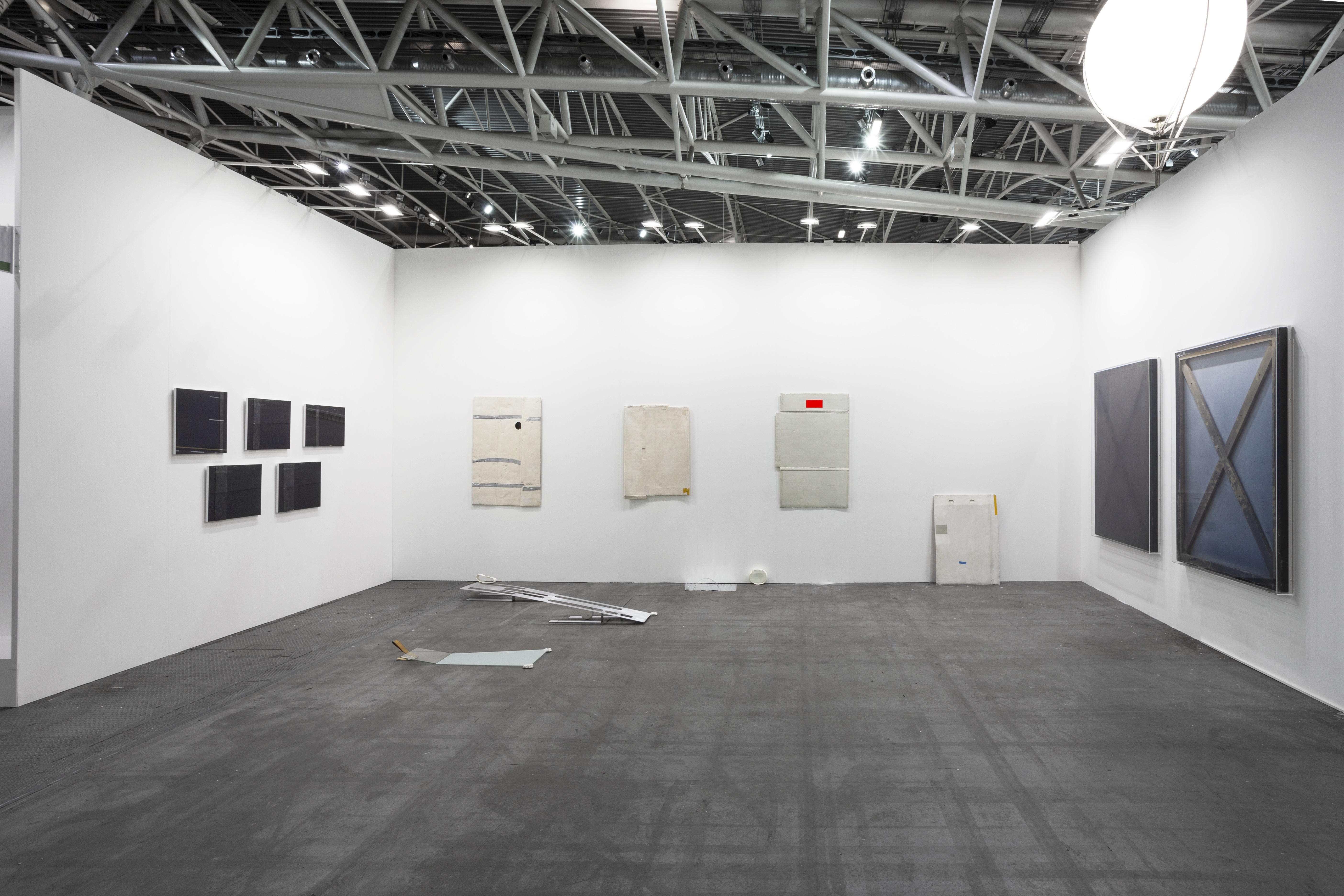