Eric Baudart (b. 1972, France) is an established French artist who has been widely exhibited at the MAMCO, Geneva; Le Petit Palais, Paris; La Centrale for Contemporary Art, Brussels; Bass Museum of Art, Miami. His work is additionally held in notable museum collections, including the MFA, Boston and the MAMCO, Geneva. ‘Papier Millimetré’ (2015), on display, appears at first sight as a distant light blue and white abstraction, yet upon closer inspection is revealed as the product of disciplined millimetre-by-millimetre scratching of the thick architectural paper. Also presented is ‘Concav 2’ (2015) that stands as a wall-hung golden beacon, when in actuality it is composed of discarded blocks of street-side advertisements that have been repeatedly coated in layers of golden spray paint.

Nuri Kuzucan (b. 1971, Turkey) is one of Turkey’s most established artists, whose work is held in the permanent collection of the Istanbul Modern amongst other private collections and has been exhibited internationally. Through his paintings, created by applying layer upon layer of paint, Kuzuçan builds a juxtaposition of line and colour that references the planes of the global city. On display will be his new work ‘Panoramic City’ (2015), that depicts a fictional metropolis from multiple angles at the same time, as if capturing manifold temporalities that through a released consciousness have been witnessed in a single instant of overlap

Jeremy Everett (b. 1979, USA) is an emerging American artist who has held exhibitions in New York, Chicago, Paris, Berlin, Hong Kong and Los Angeles, amongst other locations, and has been highly-lauded by the New York Times, Flash Review, Modern Painters and ArtReview for his creation of works that exist in a perpetually evolving state between beauty and decay. On display will be a work from Everett’s recent ‘Untitled’ (2015) series that presents his ongoing investigation with painting, here loosely spreading smoke pigment powder across a canvas.

Callum Innes (b. 1962, Scotland) is one of the most established abstract painters of his generation included in multiple permanent museum collections, such as the Guggenheim, New York; Tate Britain, London; Centre Pompidou, Paris; Irish Museum of Modern Art, Dublin; Kunsthaus, Zurich. Renowned for creating relationships between colour and line, Innes juxtaposes these in order to build impressions of depth and thereby create properties of visual and physical space. On display will be ‘Untitled Lamp Black No. 19’ (2014), a painting combining black on the left and red on the right. The viewer can see, however, traces of black or red on either side, revealing the artist’s systematic process of application of paint followed by removal.

Fabien Mérelle (b. 1981, France) is an emerging artist who has been widely exhibited at The Drawing Center, NY; UQ Art Museum, Brisbane; Centre Pompidou, Paris; Musée de La Rochelle, France. trandict His work is additionally held in several collections, including the Centre Pompidou, Paris and the Daniel and Florence Guerlain Foundation, Paris. Creating delicately detailed drawings that summon visual articulations of personal visions, ‘Mask’ (2015), for example, presents two hands holding up a mask, which is actually based on the artist’s own face. Equally on display is a new sculpture, ‘Ecorcé’ (2015), that depicts the head and arms of the artist, but presents his torso morphing into a tree trunk, the title referencing this metamorphosis by meaning ‘bark’ in French. 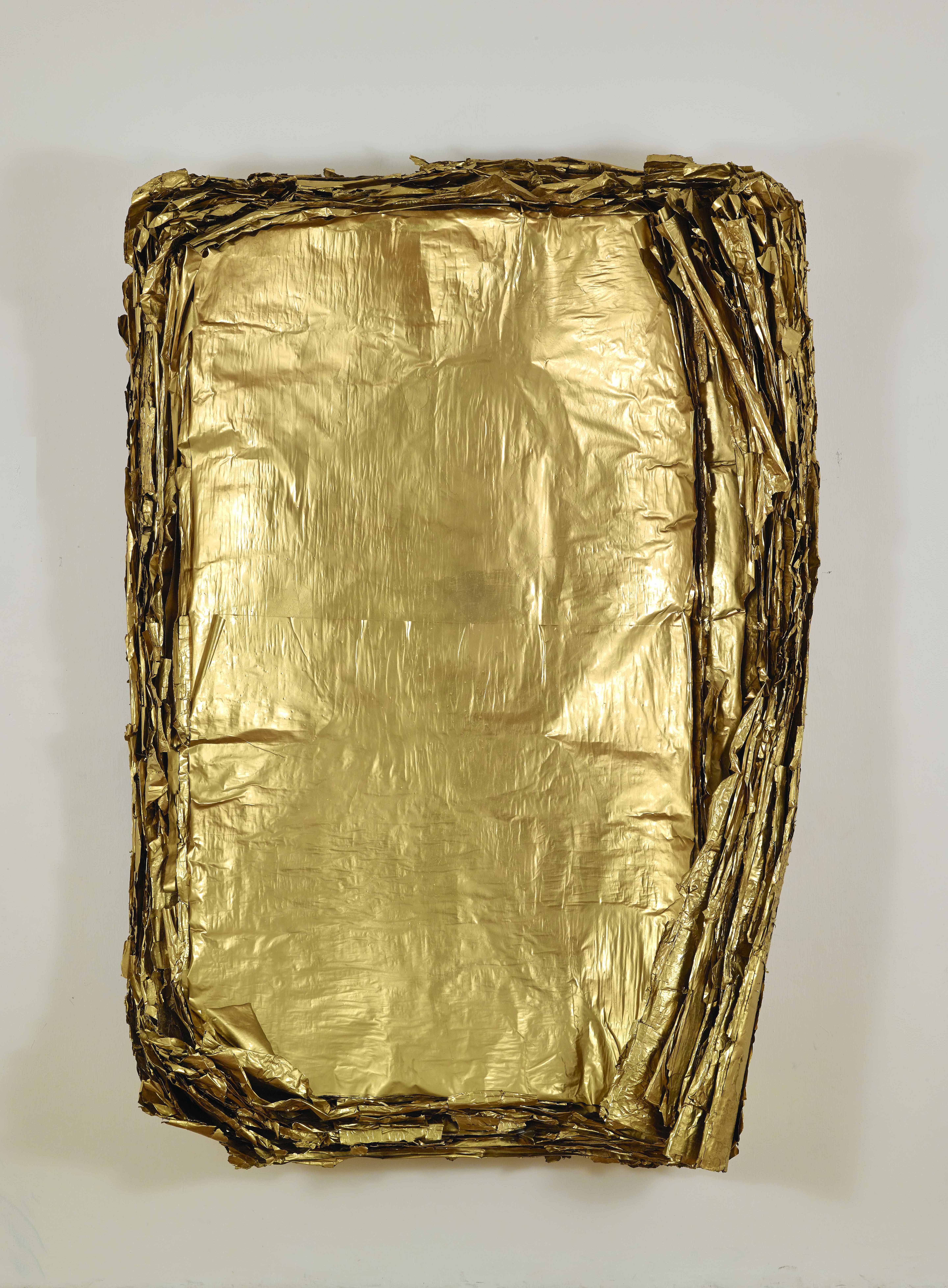