A Special Selection of Works from Impressionism to Modern Art

Edouard Malingue Gallery is delighted to present a special exhibition featuring an important selection of works from Impressionism to Modern Art. Twelve signature pieces by celebrated artists from this vibrant period of art history including Guillaumin, Pissarro, Picabia, Magritte, Ernst, Matta, Léger, Jawlensky and Picasso will be on view.

The meticulous selection of works will present to viewers the quintessence of diverse landmark art movements throughout the late 19th Century and early 20th Century, punctuated by the ascendance of Impressionism, Post-Impressionism, Dadaism and Surrealism amongst others.

An important highlight of the exhibition is Quai de la Rapée by the French Impressionist painter Jean-Baptiste Armand Guillaumin (1841-1927), who is best known for his landscapes and Parisian scenes. Painted in 1873, one year after Claude Monet’s Impression, Sunrise which gave rise to the new term Impressionism, Quai de la Rapée typifies the innovations brought about by the movement.

Showing an autumnal scene with lonely figures oblivious to the artist’s presence, this masterpiece embodies the qualities of light and immediacy which the Impressionists achieved in their radical departure from studio painting to go outdoors and paint in the open air. White clouds scudding across the blue sky are reflected in the River Seine, while the sunlight casts shadows from the trees, the strong outline of their trunks influenced by Japanese ukiyo-e prints.

Quai de la Rapée captures the artist’s own perception of the scene rather than a realistic depiction. It is his impression of one moment in nature. The barges on the left and the modern city in the background also hint at the development of the river into an industrial waterway, a theme of other paintings by Guillaumin, and the belief of the Impressionists in the progress of civilization through technology and industry.

Also of note in this exhibition is The Spontaneous Generation created in 1937 by René Magritte (1898-1967), one of the leaders of the Surrealist movement along with Salvador Dalí. Magritte was greatly impressed by Aldous Huxley’s famous dystopian novel Brave New World published in 1932. Set 600 years in the future, the novel warned of the dangers of an all-powerful state that has rigid control through technological intervention. Natural reproduction has been done away with and children are created and raised in hatcheries and conditioning centres, where they are divided into five castes and designed to fulfill predetermined positions within society. In its quest for social stability and peace, the government of Brave New World creates a society devoid of emotion, love, beauty and personal freedom.

Magritte’s painting The Spontaneous Generation makes clear reference to Brave New World, the amphorae stretching away into the distance suggesting sci-fi vessels where children could be artificially conceived. A menacing black sky hangs over this ominous vision, a line of red on the horizon signalling the dawn of a new and terrible world. The strange profile on the left has been identified as another leading surrealist artist Max Ernst, apparently supervising the whole process, his brain activated by Dadaist thoughts as suggested by the random objects – a pipe, a key, a leaf, a glass – that populate his brain. In fact, The Spontaneous Generation is one of several paintings in which Magritte used multiple images to powerful effect. The amphorae here, for instance, seem to take on a life of their own.

Further exhibition highlights include Mechanomorphic drawing, J-K-E-F-B-D-L-H, a very rare work by Francis Picabia (1879 – 1953) and a prime example of his Dadaist period. Through this piece, Picabia aimed to turn art conventions upside-down and discard traditional notions of taste, culture and aesthetics. Another key piece in this exhibition is Figure by Fernand Léger (1881-1955), in which the modernistic interlocking rectangular formations allude to the paintings of Piet Mondrian, while the use of primary colours contrasts with the impassive figure. 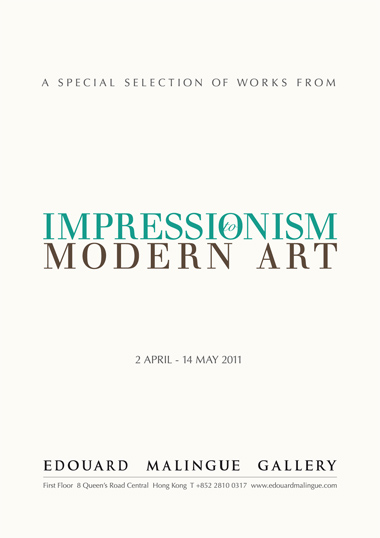