Edouard Malingue Gallery is pleased to announce the first solo exhibition in Hong Kong of highly acclaimed French artist, Fabien Mérelle (b. 1981). The show will commence the week of Art Basel Hong Kong on May 21st and run through June 29th 2013. The greatly anticipated exhibition will feature a series of intricate ink and watercolour drawings as well as a public installation made of silicone, which will bring to real life scale Mérelle’s fantastical drawing Pentateuque (2012). This exciting on and off-site exhibition meets Edouard Malingue Gallery’s aim of building an important platform for introducing emerging artists, from Asia, Europe and beyond, to Hong Kong’s dynamic arts scene.

Fabien Mérelle completed an extensive cross-cultural artistic formation at the highly lauded Beaux-Arts Academy in Paris and the prestigious Beaux-Arts Academy in Xi’An, China. In 2005, Mérelle received a competitive scholarship, which permitted him to travel in the Spring of 2006 to Xi’An, where he was taught by the Chinese masters Chen Guoyang and Wang Chan. Over the course of this period, Mérelle learnt the skills of Chinese landscape painting, the art of copying and how to paint outside by carefully looking at nature. This pluralistic formation opened Mérelle’s practice to new methods, materials and principles, which he has since applied to develop a distinctive style that crosses Western and Eastern techniques of draughtsmanship.

The anticipated exhibition at Edouard Malingue Gallery provides an intimate opportunity to peer into Mérelle’s fantastical world. Each drawing, created in black ink and watercolour, delineates detailed tales and personal narratives. For example, a man’s torso may be shown slouching atop a coniferous tree (cf. Avant, 2012), or a person may be depicted tentatively standing on the precipice of an isolated terrain (cf. Ile, 2012). Each drawing’s fanciful istoria is brought alive by Mérelle’s rigorous insistence on anatomical precision, which compares to that of the great draughtsman Albrecht Dürer (1471 – 1528, Nuremberg). Indeed, nature rather than the imagined seems to be the subject of Mérelle’s drawings, for they depict a reality that only alternatively could be conjured.

Mérelle’s solo exhibition at Edouard Malingue Gallery will furthermore present, for the first time, a large-scale three-dimensional model of Mérelle’s drawing Pentateuque (2012). Created in silicone, the life-size sculpture will show a man who, bent over, is testingly balancing an elephant on his back. Inspired by an elephant from the Singapore zoo, Mérelle makes a witty reference to the saying: ‘carrying a weight on one’s shoulders’. The sculpture will be placed on public display in the Central location of Statue Square Gardens so that it brings elements of the curious and the absurd to Hong Kong’s urban landscape.

Fabien Mérelle’s exquisite work has received increasing international recognition. In 2010, Mérelle was awarded the highly lauded Canson Prize. He has been exhibited internationally in New York, Paris and Singapore, and will be the subject of a solo exhibition at Le Musée des Beaux-Arts de La Rochelle in November 2013 as well as a group exhibition at The Centre Pompidou, Paris in November 2013. Mérelle’s work has appeared in several prestigious publications including Art Actual, Beaux-Arts Magazine and Le Monde, and can be found in several private and public collections, including the Daniel and Florence Guerlain contemporary art foundation in Paris. Most recently, Daniel and Florence Guerlain generously donated thirteen works by Mérelle to the permanent contemporary art collection of the Centre Pompidou. 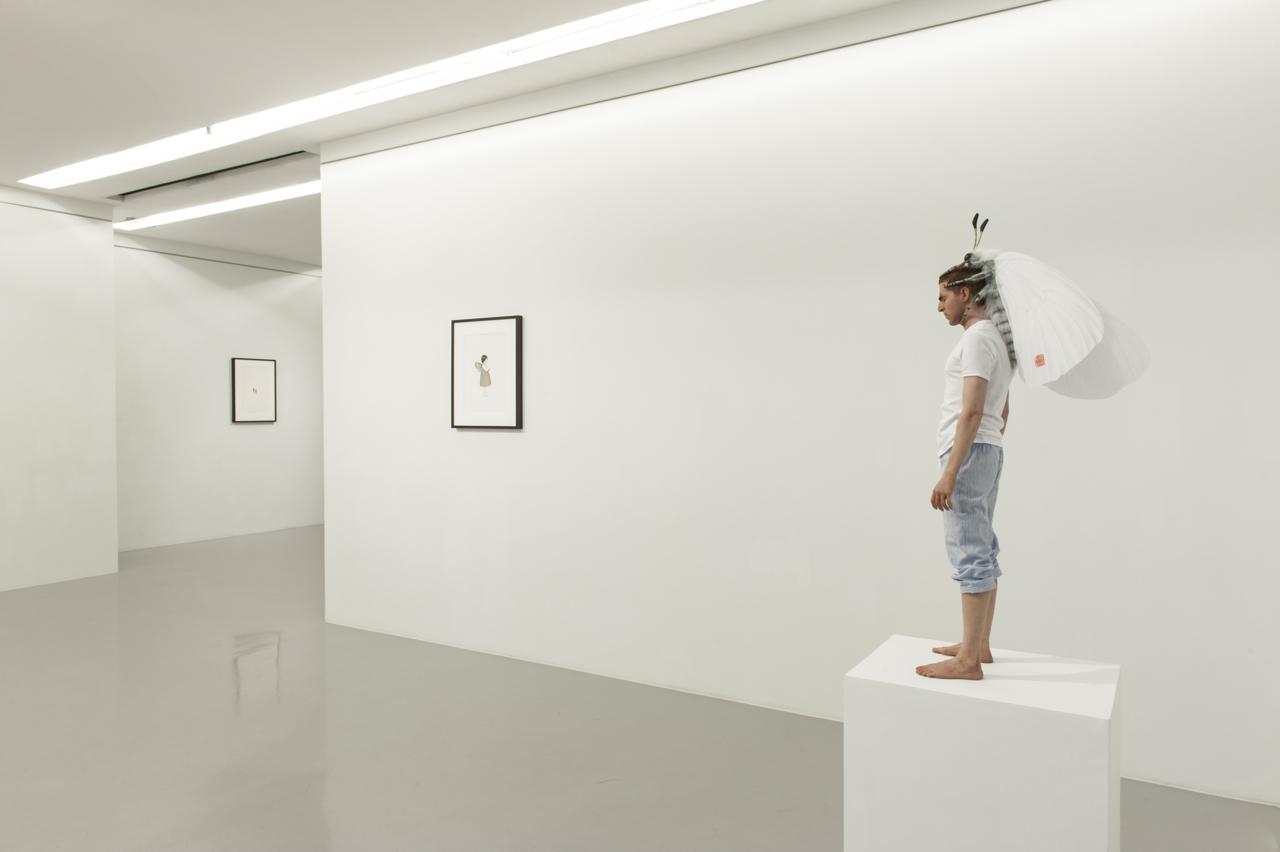