Form, colour and rhythm are the cornerstones of renowned German abstract artist Günther Förg’s (b. 1952, Germany) practice, which spans painting, sculpture and photography. Since the 1970s, Förg has been a key artistic voice in the world of modernism, establishing recognition for his ‘gitter’ or ‘grid’ paintings that articulate considerations of colour and gesturality. Edouard Malingue Gallery, Hong Kong is thrilled to bring together a historical exhibition of Förg’s late 80s and early 90s works, which were developed after the artist’s early 80s interlude with photography, prints and politically significant architectural structures. Through this rare display that verges on colour field theory and abstraction to object-making, Förg demonstrates how he was one of the greatest and most innovative painters of the 20th and 21st centuries.

Förg embarked on his artistic journey by studying at the Academy of Fine Arts in Munich from 1973-9. Commencing as a painter in the 70s and returning to the medium in the late 1980s, Förg created works that play on colour field theory as well as formal abstraction, referencing, to an extent, late American abstract expressionist artists, such as Ellsworth Kelly. In the exhibition,  Förg presents a particular nod to colour field theory by creating large fields of flat, solid colour spread across areas of an unbroken surface. Förg equally unveils his personal interpretation and departing from the movement: while colour field theory placed less emphasis on gesture, brushstrokes and action in favour of an overall consistency of form and process, in these works, Förg permits the material properties of wood and lead to seep through.

In this sense, we may also think of Förg’s relationship to the second wave of abstract expressionists such as Mark Rothko, Barnett Newman and Clyfford Still. By comparison to his Munich classmates who were more rooted in figuration, Förg was looking at these American artists who were deeply interested in religion and myth and created simple compositions with large areas of colour intended to produce a contemplative or meditational response in the viewer. As described in an essay written in 1948 by Barnett Newman: ‘Instead of making cathedrals out of Christ, man, or ‘’life’’, we are making it out of ourselves, out of our own feelings’ [1].

Consider, for example, ‘Untitled’ (1992) that juxtaposes a light evergreen with a sombre red, each occupying half of the vertical rectangular painting. Despite its oppositional dual monochromatism, there is a sense of gesturality to the painting that appears from the application of the acrylic paint on the surface revealing its background of lead on wood foundations. The work also elicits a sense of calm, a binary of warmth and cool.  Similarly, the earlier series ‘Untitled’ (1986) is composed of 10 works, each focusing on a distinct colour, framed in a painterly manner by bands of dark beige. There is a strict obedience to line and colour but again, an element of gesture and instinctive movement is allowed to appear, an homage to material. Jumping from one work to another, a different sensation also occurs, from excitement to relaxation. By honouring the background material, however, we may argue that these are also not simply ‘paintings’. Indeed, each has an added weight, pointing to Förg’s continual experimentation and his playing with the perimeters of object-making.

Ultimately, Förg is one of the greatest artists of his time, consistently demonstrating that indeed painting “it is still now” [2], testing its boundaries and art historical approaches. He reinvented the medium and himself, drawing multiple

sources of inspiration creating works that would impact generations to come, paving the ground for a novel appreciation of form, colour and feel. Through this historical survey at Edouard Malingue Gallery, Hong Kong we are introduced to a seismic moment in this historical figure’s life while prompted to be in touch with our own reflections around the cycle of the painterly.

[2] Günther Förg in conversation with David Ryan ‘Talking Painting’, Karlsruhe (1997) see: “Really, painting should be sexy. It should be sensual. These are things that will always escape the concept. I think painting is a resilient practice; if you look through the history of painting it doesn’t change so much and we always see it in the present. It is still now.” 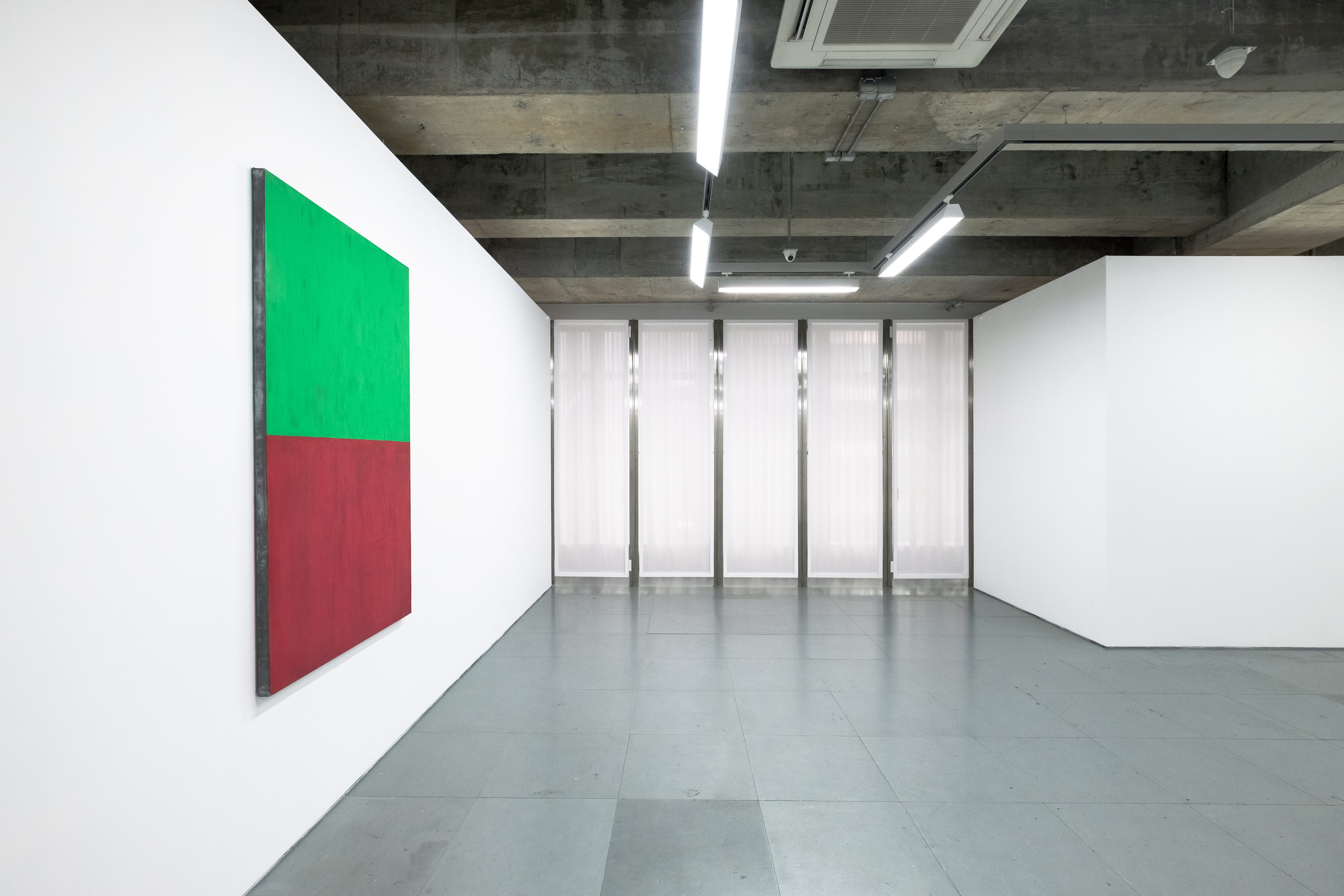