Edouard Malingue Gallery is pleased to present an exhibition of Homer Shew’s recent paintings. The artist’s first exhibition with the gallery and in the region, ‘Backgrounds’ showcases a series of paintings that the artist started in 2015, of Asian Americans living in the US. Intimate, meticulously textured and richly contextualised, the group of portraits depicts faces and bodies that are charged with sincere and complex emotions, and are substantially de-alienated. The paintings go beyond a time of intensified racial conflict, and pertain instead to contemporary human conditions in general, as Shew playfully declares that, for this series of portraits that is going to be a life-long endeavour, he would like to paint every Asian American he gets to encounter in America.

Born in Chicago in 1990, Homer Shew graduated from the Bard College in 2012, and is presently based in New York City. Since 2015, he has been painting portraits of Asian Americans that are, in his father’s words, improper subjects for oil painting. As a Chinese American, Shew has since been making paintings that deal with the re-aestheticisation and de-caricaturisation of Asian faces, from a perspective that is singularly immanent.

In the ‘Backgrounds’ exhibition, the depicted subjects are close friends, colleagues and respected figures mostly from the art and cultural scenes: Hua Hsu, for example, is tenured associate professor of English and director of American Studies at Vassar College, and staff writer at The New Yorker; Herb Tam is the curator and director of exhibitions at the Museum of Chinese in America in New York City; Aily Nash is a curator and educator based in New York, a programmer at the New York Film Festival, also The Brooklyn Rail’s contributor. Active and structural in a network that is dependent upon their creative, cultural, social and political practises, they are however to a large extent underrepresented, and are considered reducible to clichéd, indistinct Asian visages. Intimate in scale and in style, Shew’s detailed and repeated depiction of the idiosyncratic faces undoes the common prosopagnosia, and encourages close examinations, admiration and affection.

Contextualised in environments that are familiar and quotidian, the subjects in the paintings often appear slightly older than they are in life. Shew in this way playfully evokes the aesthetic tradition of rendering the subject wise, grand and majestic by giving it more time; in contrast to casting Asian faces and bodies into a future that is indefinite and ominous – as is the case in many science fiction works, such as the ‘Blade Runner’, in which the Asian faces appear only as an exotic backdrop – Shew’s paintings anchor the subjects firmly to the moment in which discernible, graduated difference emerges from reality.

Homer Shew earned his B.A. in Visual Art from Bard College in 2012. He has exhibited paintings at the CP Project Space at SVA (New York, NY), The Hyde Park Art Center (Chicago, IL), The Silent Barn (Brooklyn, NY), and Bard College (Annandale-on-Hudson, NY). Coinciding with the ‘Backgrounds’ exhibition is the exhibition ‘Responses: Asian American Voices Resisting the Tide of Racism’ at the Museum of Chinese in America (New York, NY), in which a series of Shew’s large-scale commissioned paintings are on view. Shew has completed residencies in Chicago and Preston Ranch, WY, and will be an artist-in-residence at The Millay Colony For the Arts (Austerlitz, NY) from November 2021. 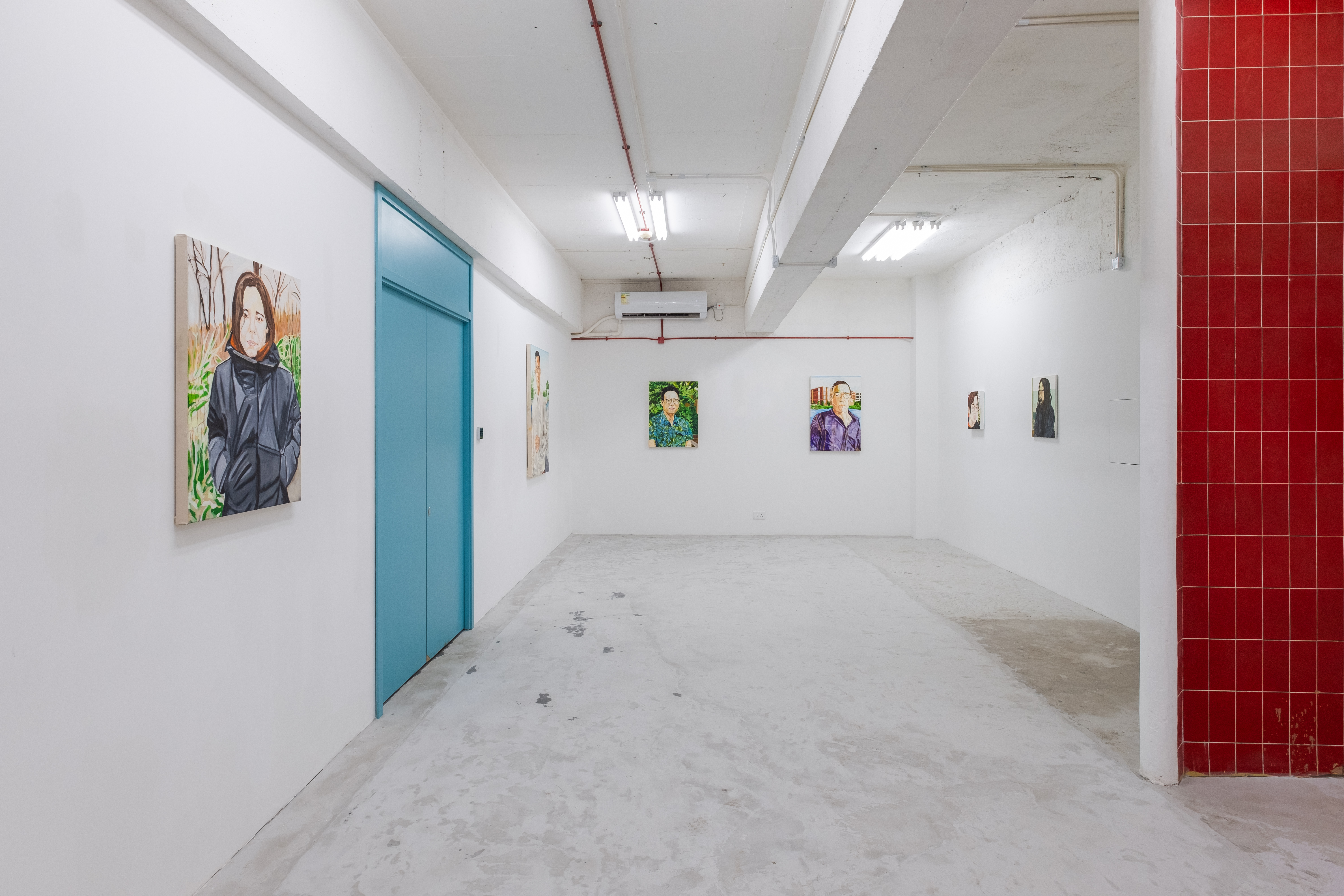