Kiang Malingue is pleased to present Samson Young’s first solo exhibition at the gallery’s Hong Kong space. Titled Music for selective hearing, or assisted living, this exhibition will feature five sets of artworks created by the artist in the last two years. Known for exploring the fabric of the socio-political by examining the history and contemporary conditions of sound and music, Young considers in the exhibition the complicated nature of ‘sound conditioning’ – the active control of ambient sounds, as exemplified by such devices as white-noise sleep aids – as self-care and recuperation, but also as self-imposed isolation, control, and wilful disengagement.

Included in the exhibition is Samson Young’s collaboration with his long-time friend, violist William Lane. The installation Often easy, sometimes impossible (2021 – 2022) consists of a two-channel video, in which Lane performs Young’s original composition that was scored for a triangle, a viola, and a synthesised glass harmonica — three high-pitched musical instruments that were once considered harmful to mental health in late 18th century Europe, due to their “over-stimulating” sonic properties. By revisiting histories in which panic was transformed into panicked-policing and censorship, and by reflecting on the nascent, overwhelming “freedom” to disengage through acoustic, orphic means, Young problematises the psychiatric rhetoric of “dangerous tunes.”

Pertaining to the history and personal experience of white noise are Columns of air (2022), and Too-cruel-for-live-performance music: 80000-word-long white noise, in 16 chapters of 5000 words each (2022). The former is a group of sound sculptures inspired by the original white-noise sleep-aid invented in 1961. The latter is a collection of text-score, consisting of 16 books of noise-as-onomatopoeia. When whispered at a low volume and at a moderate speed, the machine-generated words contained within will take on the quality of “white noise speech.” The exhibition also features the artist’s recent series of drawings Unclear terms of engagement (a line, a gesture, an alphabet or number) (2021 – 2022), which is a continuation of Young’s long-term exploration of the relationship between the visual and the musical. The messengers (2022) highlights the artist’s interest in the avian and the language of chirping – a recurring theme in many of the artist’s previous works. First exhibited on the grounds of the Takano Shrine, Kyoto in 2022, these video sculptures combine iconic forms of mythical birds and ancient legal texts of Chinese, Japanese and Egyptian origins, injecting humour and absurdity into legal parlance.

The booklet produced on the occasion of the exhibition will include a short introduction by the artist himself, expounding in an intimate way the significance of sound and music to well-being, and to a problematised idea of control-as-freedom. 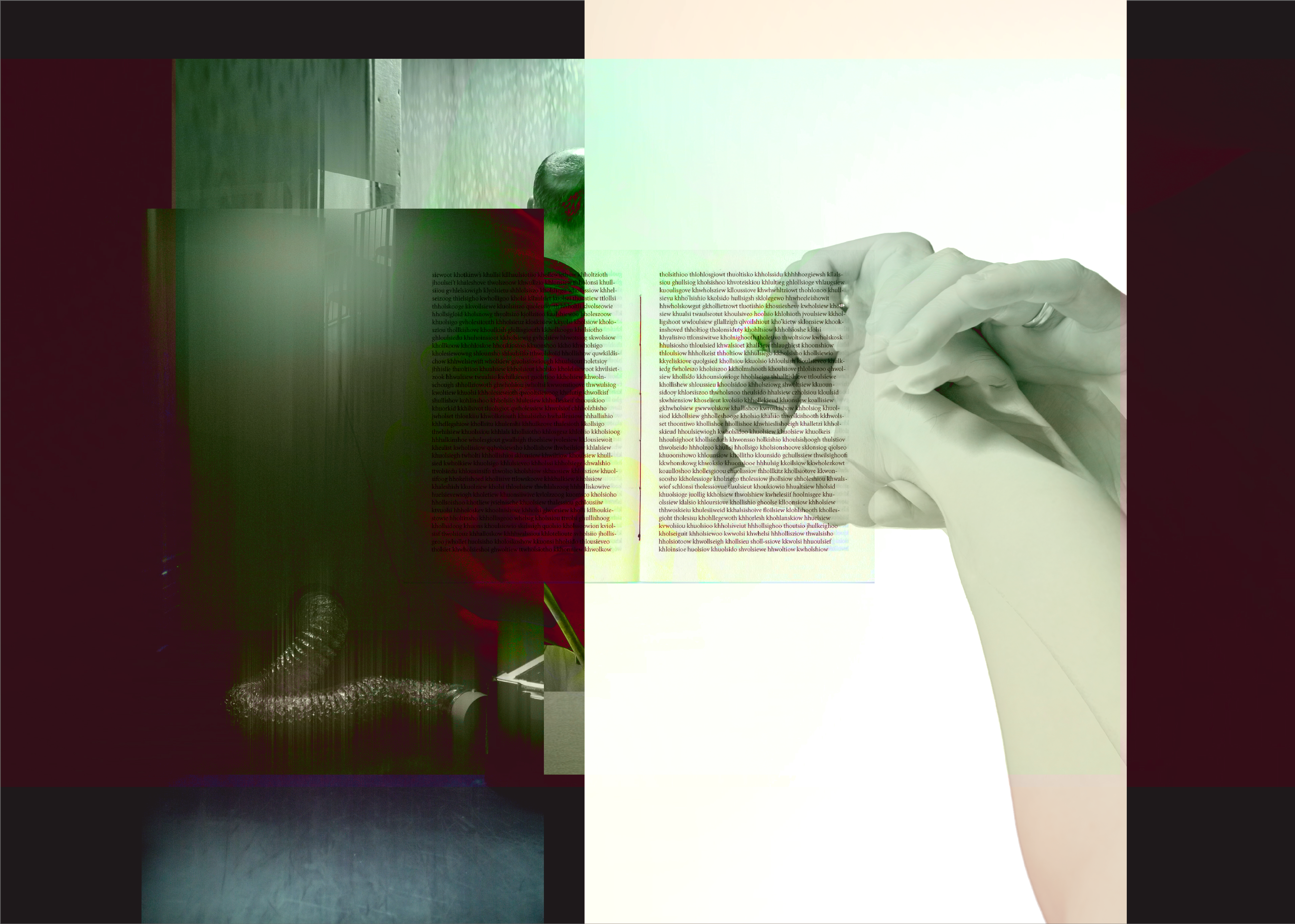