A free-standing white wall diagonally divides the gallery space in half. The wall stands on an equal area of mosaic floor, entitled Suppressed Natural History 4. Wang Wei has appropriated a mosaic pattern found in Dongguan for this series of works, Natural History 4. The regions along the Chinese Southwest sea board are known for their wet weather, and façades of the buildings are often covered in mosaic tiles, to protect and decorate the buildings with inexpensive materials. Upon Wang Wei’s first visit to Dongguan in 2012, he was amazed with this city enwrapped in mosaics, where patterns and colors were either chaotic and random, or neat and orderly. Although the origins of these patterns unknown, they are readily adopted and continue to evolve. This kind of aesthetics for public décor – grounded on a combination of practicality with mainstream popularity – has become a unique landscape, an artificial nature that gradually saturates the urban landscape. Wang Wei’s Natural History 4 series can be comprehended as abstract paintings, rendered in mosaic tiles, where the material itself acts as the surface decor and the Dongguan-made pattern becomes its brushwork. The extraction and displacement of the mosaic tiles’ original context highlights what the artist refers to as “inexpensive aesthetics,” addressing the desires that motivate such a spectacle.

The CMU bricks used in building construction are scattered around Suppressed Natural History 4 in the gallery space. Each brick is painted with the mural of a night constellation, found in the pavilion for nocturnal animals in the Beijing Zoo. The CMU brick is a substance which is light-weight and makes large volume buildings possible. Since 2018, Wang Wei has adopted this convenient and versatile construction material to his work. This marks his third execution of Panorama 3 (previously mounted at Parasite in Hong Kong and Rockbund Art Museum in Shanghai). The artist considers this series an ongoing action, whose every presentation varies in its site-specificity. The walls inside the cages of the zoo are often painted with natural scenes of blue skies, white clouds, oceans, and forests. The zoo’s curved wall surfaces and panoramic murals are techniques for creating an immersive visual deception. However, rather than considering them as a deceit to the animals, they serve as psychological compensation for zoo visitors who are likely to comfort themselves with the idea that the animals are “living in nature.” Painting here disguises rather than decorates a deceptive space. Wang Wei’s transplanting of the murals, from the zoo to the exhibition space, confuses the sense of space and displaces its context, urging the viewer to wonder what they are actually looking at, and whether or not to believe what they see?

The third work, Corner, is a video that expands from Wang Wei’s previous work, Famous Last Word. The latter was realized on the outer wall of a community kindergarten in Guangzhou at the end of 2018. The sentence depicted on the wall comes from a private conversation in which the artist explained one of his wall related artworks, “That is a layer of gauze that mimics the texture of the wall.” The artist had initially hoped to peel off a layer of the wall to expose its pale-yellow bricks underneath, as the phrase implies. However, in the course of realizing the work, a series of unexpected events aborted the original plan. Fortunately, the alternative still resonated with the internal logic of this work – the wall was covered, then revealed, covered up again, and revealed again. In other words, the ambiguous qualities of text and content are constant departing from and reshaping reality. For Corner, Wang Wei returns to the location of the work a few months later, and points his camera lens at this quiet, intense, ambiguous street corner, where the site remains a pile of unfinished rubble.

Hence, “That is a Layer of Gauze that Mimics the Texture of the Wall” became the title of this exhibition. This seemingly garrulous statement is in fact the essence of his artistic exploration in recent years, for whom art mimics reality and makes it questionable, compelling its viewer to reflect on the essence of reality. The three works in this exhibition are indeed about the walls: the entirely exposed wall (Suppressed Natural History 4); the fully covered wall (Panorama 3); and the walls in-between state of being covered and revealed (Corner). The formal variations of the wall exist within the same space, where their underlying contents resonate with each other, so presence and absence engender a contradictory yet absurd existence. 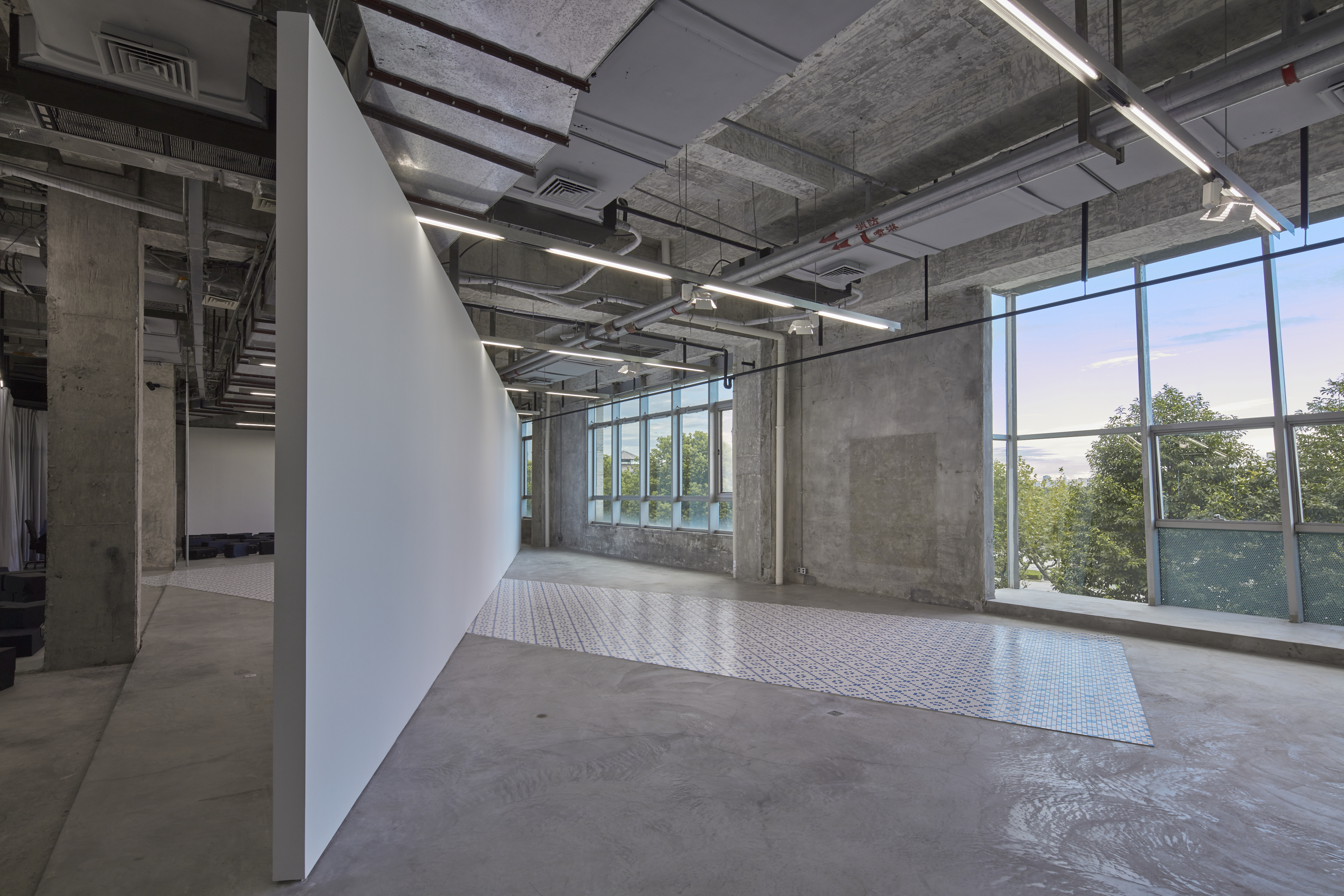