Pervading Yang Chi-Chuan’s works is a delicate, mnemonic quality engaging with our relations between people, places, objects and events. By often employing storytelling in her sculptures or installations with a warm, intimate and gentle touch, Yang embodies subtle access to a wide range of questions in life, around family, politics, urban environment and various cultural fabrics.

The installation includes a narrative audio recording and handcrafted ceramics. The audio begins with a scientific introduction, then followed by an anthropomorphic fable. Alternating between informative and satirical tones, the narration illustrates various living organisms such as fish, seaweed, coral, beaches, stones, their evolutions in the ecological cycle and the causes of natural landscapes. ”Plastonki“, a synonym of the product of modernisation, appears in the story as a bizarre and mysterious existence, with its identity ambiguously shifting between nature, myths and beliefs.

The forms of the handcrafted ceramics are combinations of the natural and the artificial remained on seashores, such as utensils, plastics, stones, shells, coral, branches, bones or their mixtures, all deformed by coastal erosion. These colourful objects are scattered on the sand, like untidy toys left in the sandpit after a child’s play. As for the ceramic parts attached to the wall, their shapes and concept come from the plastic rocks in the rock-climbing gym. Such “rocks” are made and engaged in the landscape under the opposing notion of natural and unnatural, echoing the questioning of the origin of the rocks in the “Plastonki” story.

One might say that, beyond being an incognito for modern petrochemicals, “Plastonki” can also refer to a phantasmagorical being hidden in the mass, silent and ghostlike. Through sound, object and space, the installation seemingly tells the story of the beginnings of a new natural ecosystem, the endless evolution of living species, their mutations and their cycles, between the arguments of nature and man-made, rational and irrational. However, underlying the science-based discourse and storytelling, there lays a more profound question: could the human’s beliefs or consciousness of their life experience be more elusive and impossible to interpret and analyse than the natural progression under scientific investigation?

(*exhibition, by appointment only) 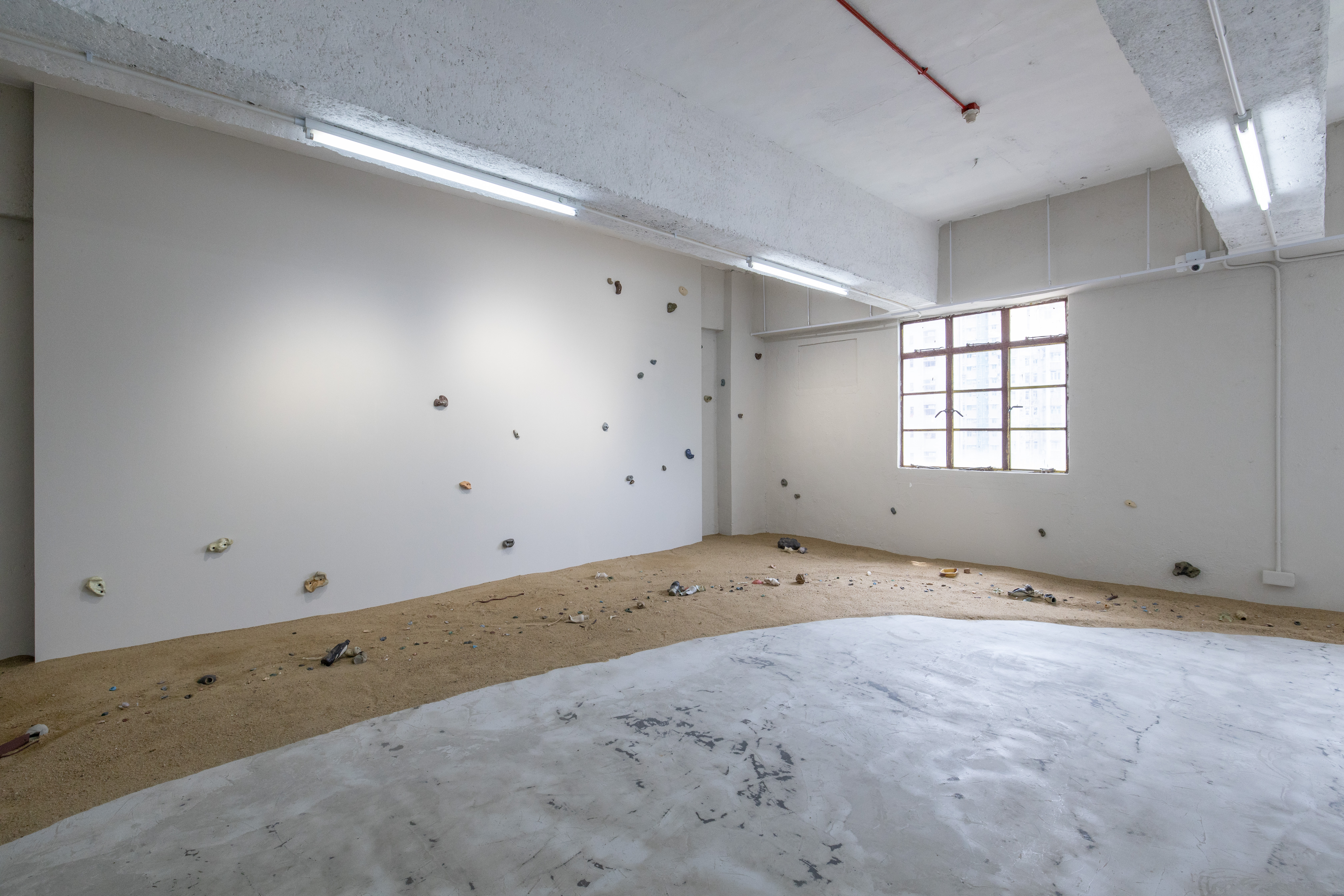