‘My paintings encounter Palazzo Terzi and its multifaceted heritage, composed of various times and spaces. The concept of alternative time and the process of understanding the juxtaposition between forever and the moment are central to my work.’ – Yuan Yuan [1]

Situated in the centre of Bergamo’s Città Alta, a few steps away from Piazza Vecchia and the Basilica of Santa Maria Maggiore, is Palazzo Terzi, one of the most iconic cultural landmarks of the city and home to ‘Alternative Realities’, a major solo exhibition by Chinese artist Yuan Yuan (b. 1973) and his first ever show in Italy. Curated by Dr. Valentina Locatelli and presented by Edouard Malingue Gallery, the collaborative exhibition is set amidst the spaces of the historic palace, each room presenting new works by Yuan Yuan. Created following a site visit during which he responded to its interiors, the palace’s aura and history, he’s integrated this encounter within the echoes of his own practice that has evolved in the creation of elaborate oil on canvas paintings reflecting architecture and a passing of time, crucially devoid of human presence. Moving through the Anticamera to the Salone and onwards, one becomes privy to an unexpected and thoughtful pluralistic dialogue between tradition and modernity, but also between West and East – Italian old masters, baroque architecture and Chinese contemporary art melding into one.

A graduate from the Hangzhou China Academy of Fine Arts Oil Painting Department, Yuan Yuan is internationally lauded for his painting technique and investigation of mesmerising spaces. At a distance, his canvases nearly resemble in their fine visual authority a photograph. Yuan Yuan’s works, however, crucially do not represent ‘reality’ – rather, his protagonists, these sumptuous yet depopulated interiors, ranging between states of wealth and abandonment, are explorations of a passing of time. In the context of ‘Alternative Realities’, existing locations are taken as a point of departure, Yuan’s intervention with their appearance marked by his hand onto canvases, which then displayed throughout Palazzo Terzi transform its quarters into ‘alternative realities’ – into what could have been, could still be, or will maybe eventually become.

When thinking about this mutual intervention, between space, visual creation and back, the concept of a ‘fractured mirror’ is a resounding metaphor. Effectively, Yuan Yuan’s works blend into the palatial rooms, at times hiding in plain sight, at other times slightly highlighted by contemporary hanging techniques. Whether leaning against the brocade wall tapestries or the frame of an imposing architectural chimney, his works present themselves as portals reflecting a detailed past, present and future. The images reflected, however, are not univocal, but multiple, contradictory, reflecting a plethora of broken fragments. Indeed, Yuan Yuan’s paintings are imbued by a number of superfluous yet crucial narrative threads, details. In this sense, as outlined by Dr. Locatelli in the accompanying catalogue essay, they recall that ‘narrative luxury’ found in literature inserted by authors such as Gustave Flaubert or Jules Michelet. Albeit ‘unnecessary’, their presence, as Barthes pointed out, raise the question of the significance of their insignificance [2]. Channeling such elaborate details in his paintings, Yuan Yuan effectively consciously strives away from realism, provoking instead a ‘glitch’ or shift between actualities.

Ultimately, ‘Alternative Realities’ is conceived as a synergetic combination of parallel multiverses, a confrontation and dialogue between the established contemporary Chinese artist and the old masters of the past: an encounter generating a new space and time, suspended between cultures.

Hangzhou artist Yuan Yuan (b. 1973) is gaining critical acclaim on the international art scene thanks to his distinctive paintings focusing on architectural subjects, executed with impeccable technique and conveying a unique atmosphere. Yuan Yuan studied in the Oil Painting Department of the China Academy of Art in Hangzhou, where he gained a Bachelor of Fine Arts in 1996 and a Master of Fine Arts in 2008. Yuan Yuan will exhibit in ‘Proregress: Art in an Age of Historical Ambivalence’ at the 12th Shanghai Biennale (2018). His recent exhibitions include, ‘Shōhaku and Rosanjin to Anselm Kiefer’, Takashi Murakami’s Superflat Collection, Yokohama Museum of Art, Yokohama, Japan (2016); ‘There is no there there’, Galerie Malingue, Paris, France (2015); amongst others. His work is held in the White Rabbit Collection, Sydney; DSL Collection, Beijing and Pomeranz Collection, Austria.

Palazzo Terzi was built between the early 17th and the 18th century by the Terzi family, a wealthy and storied family originally from the Val Cavallina (Bergamo) that established its presence in the city since approximately 1000 A.D. Two marriages led to the two building phases of the palazzo: the wedding of Marquise Luigi Terzi with the young Paola Roncalli in 1631, and the further marriage between Marquise Gerolamo Terzi and Giulia Alessandri, more than one-hundred years later. During the first building stage the façade and the southern wing were built, while during the second phase the square facing the palazzo was enlarged. The interiors of Palazzo Terzi are a wonderful example of the so called ‘Barocchetto’ style. The rooms are decorated with stucco, wood carvings, wood floors, tapestries, paintings and frescoes realised by renowned local and international artists such as Cristoforo Storer, Domenico Ghislandi, Gian Giacomo Barbelli, the Fantoni brothers and Giovan Battista Caniana. The canvas decorating the ceiling of the magnificent ‘Sala Tiepolo’ has been attributed to Gianbattista Tiepolo or to his school.

Valentina Locatelli (b. 1979, Bergamo, Italy) is an independent curator and writer based in Berne, Switzerland. Most recently she was guest-curator of ‘Cybèle Varela: Tropicalismo Remixed’ for the Brasilea Foundation in Basel (January–May 2018). Between 2013 and 2017 Locatelli worked at Kunstmuseum Bern, Switzerland, where she curated the following exhibitions: ‘Mexico Mirrored in its Art: Prints, Independence, and Revolution’ (2013), ‘Open Sesame! Anker, Hodler, Segantini…’ ‘Masterpieces from the Foundation for Art, Culture and History’ (2014) and ‘Without Restraint: Works by Mexican Women Artists from the Daros Latinamerica Collection’ (2016). For Kunstmuseum Bern she also co-edited the catalogue of the museum collection (Kunstmuseum Bern: Masterpieces. Hirmer, Munich 2016). Between 2009 and 2012 Locatelli worked for Fondation Beyeler, Riesen/Basel, implementing eight publication projects including Basquiat, Surrealism in Paris and Segantini. She is a key contributor to Accademia Carrara’s latest catalogue of its collection of Quattrocento paintings (Officinia Libraria, Milano, 2018). Locatelli studied literature, art history and museum studies at the universities of Bergamo, Munich and Geneva. Her Ph.D. dissertation on the art connoisseur Giovanni Morelli (1816–1891) was published in 2011 (Metamorfosi romantiche: le teorie del Primo Romanticismo tedesco nel pensiero sull’arte di Giovanni Morelli. Campanotto editore, Pasian di Prato, Udine, 2011). 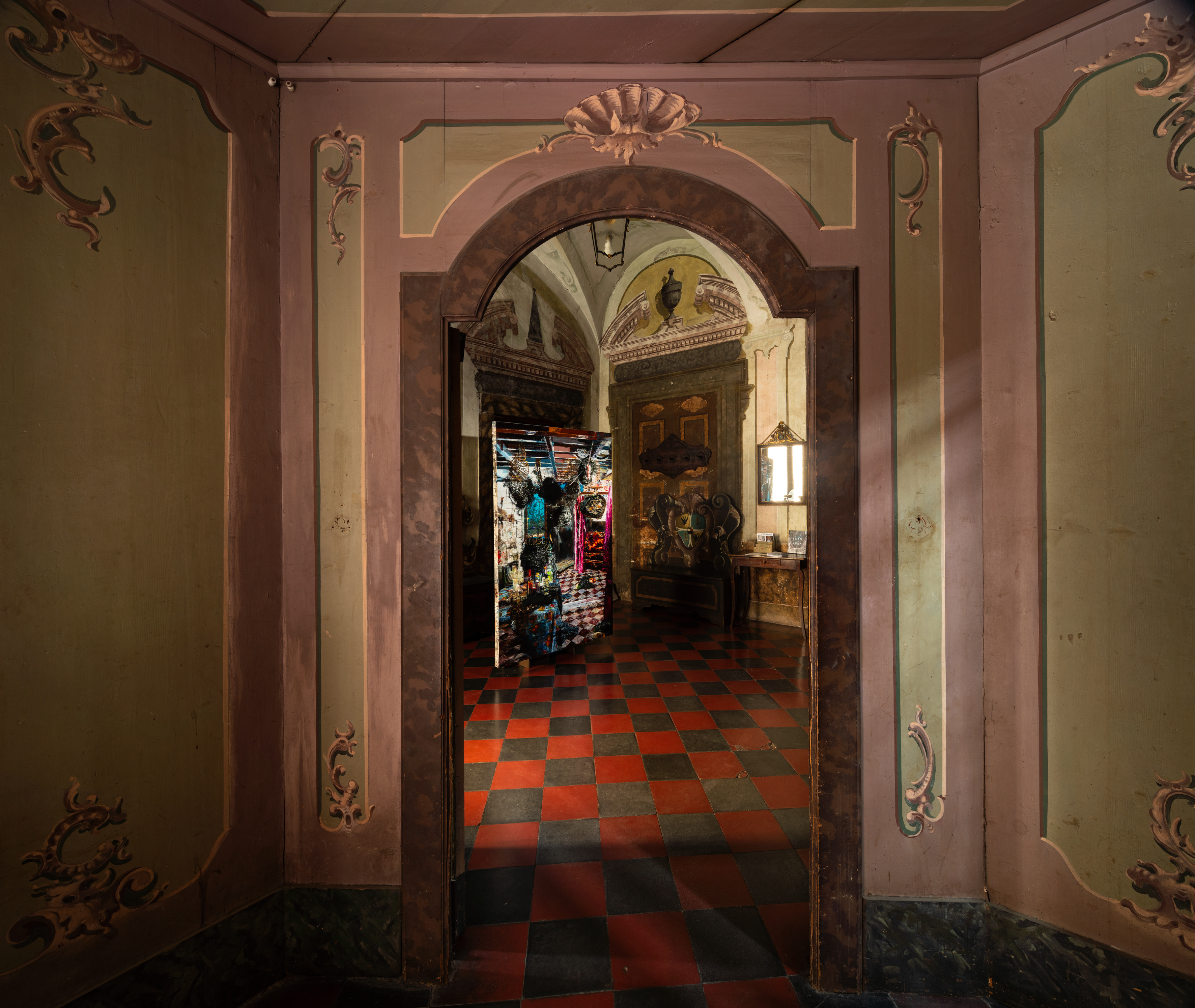