Kiang Malingue is pleased to present for Frieze London a series of new sculptures by Nabuqi (b. 1984, Inner Mongolia, China). Furthering her exploration of the domestic environment, Nabuqi’s new body of works emphasises the tension between the subject and the object, and that between the sculptural and the functional-ornamental as she theatricalises spatial relationships and gives birth to novel forms.

Known for creating meticulously slender, fluid sculptural forms for more than a decade, Nabuqi has become deeply interested in remapping the domestic environment and reconsidering household objects in the last four years. In 2018, Nabuqi devised Do real things happen in moments of rationality? that ushers in the animalistic-locomotive; In 2020, she paid homage to Richard Hamilton and presented How to Be “Good Life”, a spatialisation of a new interiority; In 2021, for her solo exhibition “Ghost, Skin, Dwelling”, she presented a total environment that unequivocally encouraged a reconsideration of life and home today, by placing within an evacuated apartment a miniature fountain, a group of minimal benches, and a number of lamps that resembled archaeological findings.

For Frieze London, Nabuqi assigns new roles to furniture pieces and further theatricalises the relationship between the actors. At the centre of the presentation is No.3-No.7 (Acrylic table, bowl and others), a transparent, circular surface that is occupied by small objects. The hard and soft objects suggest activities that play out around the table, and a particular, eclectic lifestyle that as an organising principle leaves room for random developments and casual sculptural gestures. No.1 (Light box with four birds) revisits the motif of the animal — specifically that of the bird — that frequently appears in many of Nabuqi’s recent works. Combining in yet another novel way a jagged, comb-like light box and repeated images of a bird, the artist continues her inquiry into the inter-activity and reciprocity promised by sculptural and pictorial forms.

In the solo booth, No.8 (Swiss cheese plant in a plate) is the only artwork in bronze, a material Nabuqi favours. It reminds one of the “Fossil” series floor lamps that appear archaeological in the “Ghost, Skin, Dwelling” exhibition, and also of earlier works by the artist that require laborious handling before casting. Lastly, the oddly disproportionate, protruding oval No.2 (Yellow leather sculpture) demonstrates Nabuqi’s interest in reimagining the interior on a materialist level: as the only abstract, non-functional object in this home environment, this soft anti-totem hovers and offers itself up to caress, encapsulating the bodily economy manifest in this theatre where objects act as both props and characters. 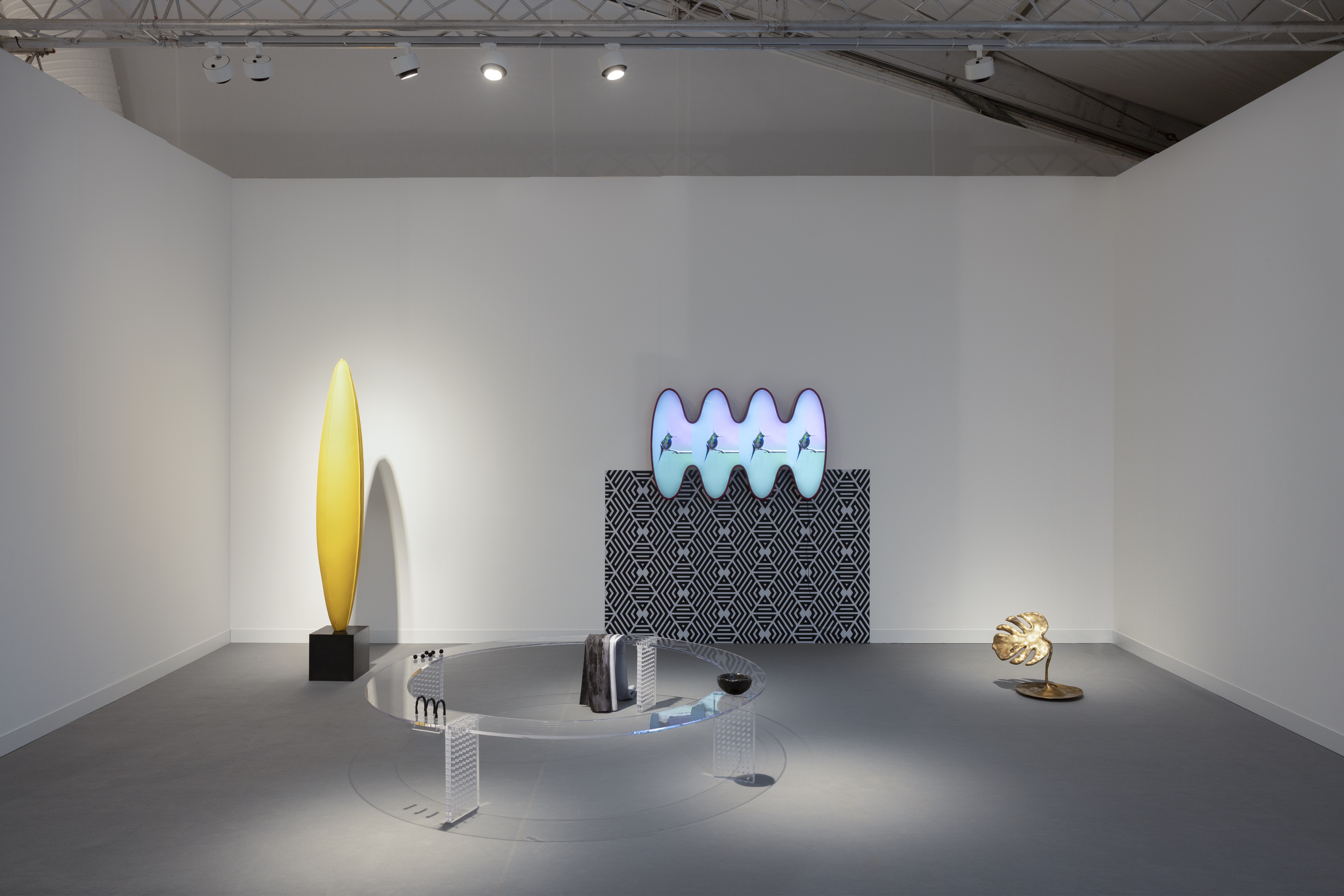