Edouard Malingue Gallery (Hong Kong/Shanghai) is pleased to present for its inaugural participation at Frieze New York a booth that brings together works by Samson Young (b. 1979, Hong Kong), Chou Yu-Cheng (b. 1976, Taiwan) and Jeremy Everett (b. 1979, USA).

At the centre of the booth is a multimedia installation by Samson Young. With a formal cross-cultural training in music composition, Young draws from multicultural paradigms to weave a symphony of image and sound, touching upon the recurring topics of identity, war and literature. Young’s installation, equally shown as part of his solo exhibition at Centre A in Vancouver, entitled ‘Da Da Company’ (2019) originates from Samson Young’s archival research on Won Alexander Cumyow, the first person of Chinese descent born in Canada. In an animated video that is set to a musical deconstruction of ‘My Favorite Things from the Sound of Music’, Young presents a pair of utopian visions as parallel realities. Ultimately, the installation explores the poetics of the diasporic imagination and reflects Young’s interest in shifting topologies, the modern nation-state, and cosmopolitan social imaginaries. A highly regarded composer, sound and media artist based in Hong Kong, Young has held exhibitions at the Guggenheim, represented Hong Kong at the 57th Venice Biennale and is unveiling a large-scale commission for Performa 19.

On the right wall are two photographic works by emerging American artist Jeremy Everett. With a background in landscape architecture, Everett creates lyrical works that develop from the 1970s American land art tradition and stem from a place of intuition, existing in an evolving state of beauty. On the one hand is the capture of various unpotted plants, an image taken in Mexico, seemingly growing in a desert landscape, a hint of life amid the barren landscape. This is juxtaposed with an abstract piece, a raw exposure of light on film, that resembles the detail of a neon bar. Side by side, accents of each image are highlighted, from the green plant stems to the natural linearity of abstract work. A highly celebrated emerging artist, Everett has previously exhibited at the MCA Chicago and Smithsonian, amongst others.

Presented on the opposite wall is a large gradient painting by established Taiwanese artist Chou Yu-Cheng who builds, across multiple mediums, a subtle critique of mass media, institutions and the mechanisms that produce them. Previously exhibited at the Museum of Contemporary Art and Design in Manila, the work expresses the vivid colour variations spotted by Chou when riding buses through the streets of Manila. As such, Chou reflects on the rise of technology and digital colour, a consideration that is heightened by depicting by hand the range of generated tonal urban hues. A highly acclaimed artist who lives and works in Taipei, Chou has notably exhibited at the Liverpool Biennial, New Museum and Queens Museum, amongst others.

Ultimately, all three artists respond to time, observation and states of being. Young considers developments of identity using technology, while Yu-Cheng extends this by noting the visual impact of technology on our notions of aesthetics through the traditional medium of painting, while Everett weaves visual connections between everyday sightings. 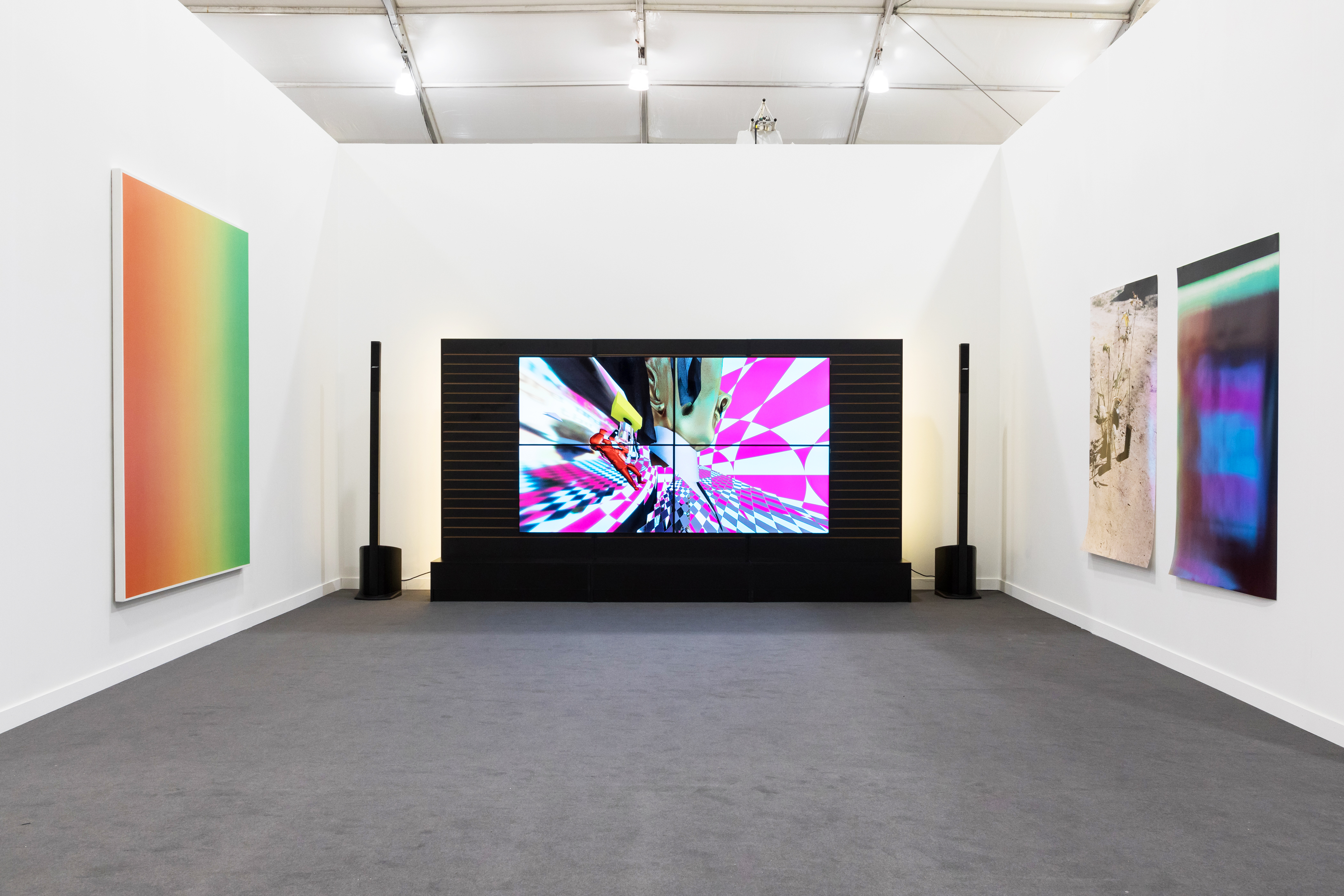