Beautiful world, where are you?

Spanning the central entrance to St. George’s Hall, one of the sites of the 10th edition of the Liverpool Biennial, is ‘Chemical Gilding, Keep Calm, Galvanise, Pray, Gradient, Ashes, Manifestation, Unequal, Dissatisfaction, Capitalise, Incense Burner, Survival, Agitation, Hit, Day Light’ (2015), an installation by Taiwanese artist Chou Yu-Cheng. A bold slab of galvanised steel – a common metonymy of department stores and consumerism that simultaneously connotes characteristic elements of cheap housing – the work stands dotted by highly physical indentations. Initiated whilst conducting a residency at the Künstlerhaus Bethanien (Berlin) in 2015, the work as object as statement commenced as a clean steel plate, which members of the public were invited to throw rocks at, an activation that will be reactivated during the Biennial. As such it evolved from a reflective surface to an interactive sculpture interrogating the act of protest. Presented here in the context of the Liverpool Biennial ‘Beautiful world, where are you?’ – a title that derives from a line in the poem Die Götter Griechenlands written by the French/German poet Friedrich Schiller in 1788 and set to music by Franz Schubert in 1819 – it responds to the urgent call, from artists and audiences, to reflect (and act) on a world in social, political and economic turmoil.

Beautiful world, where are you?    Chou Yu-Cheng 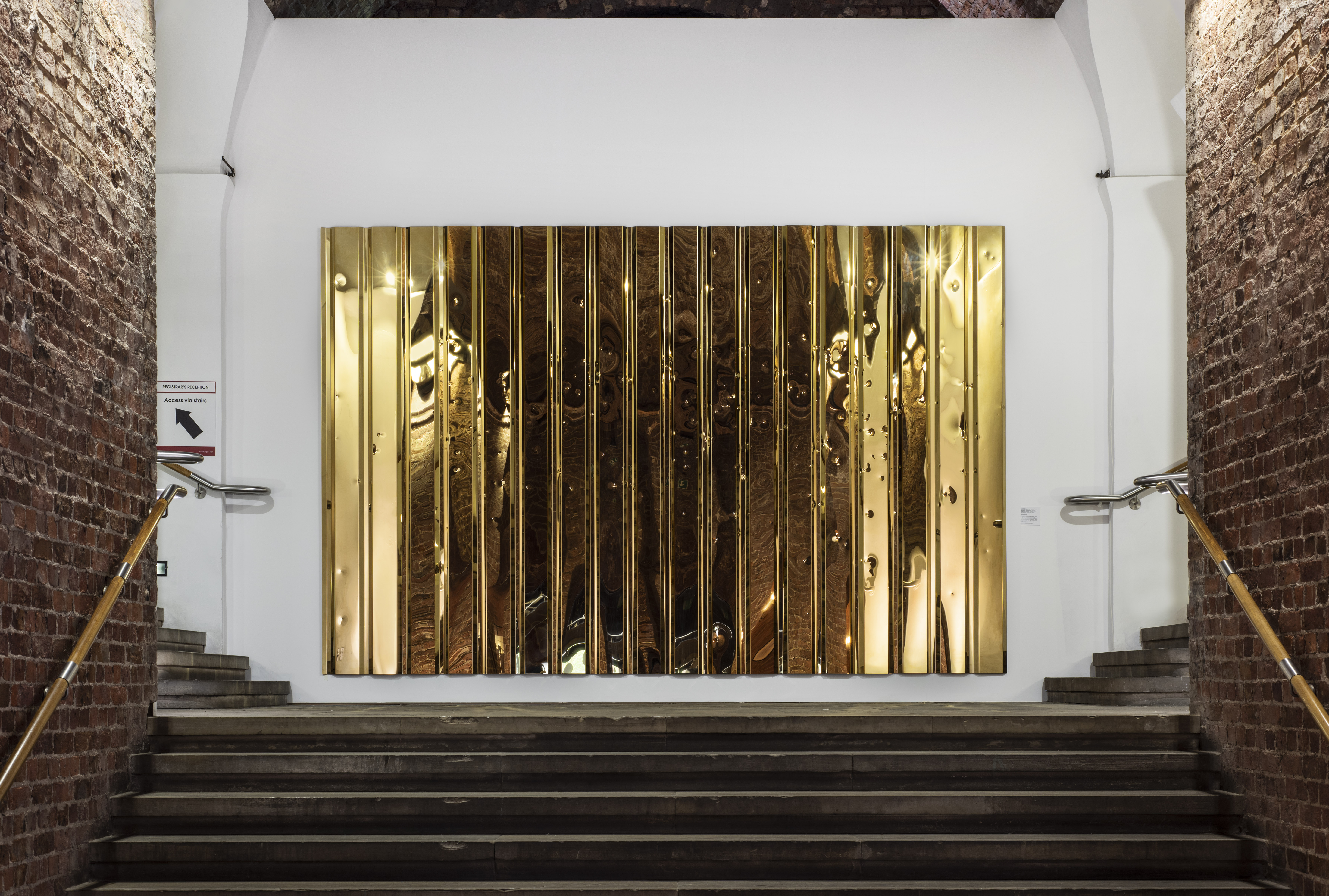