Delighted to share Samson Young’s presentation of ‘We are the world, as performed by the Hong Kong Federation of Trade Unions Choirs’, 2017 in the group exhibition, ‘Us Against You’ at Gyeonggi Museum of Modern Art.

‘We Are the World’ was originally released in 1985, sung by famous pop singers, including Michael Jackson, in order to encourage donation for the poor and hungry in Africa. In the 1980’s as people listened to this song, people believed that a beautiful world would come only when the Cold War was over. But this song now only reminds us of the reality that the hope we once had has been broken and crushed. Sound is neither neutral nor unconditionally beautiful. Sound reveals its political assumptions according to the way it is constituted or divided.

Us Against You    Samson Young 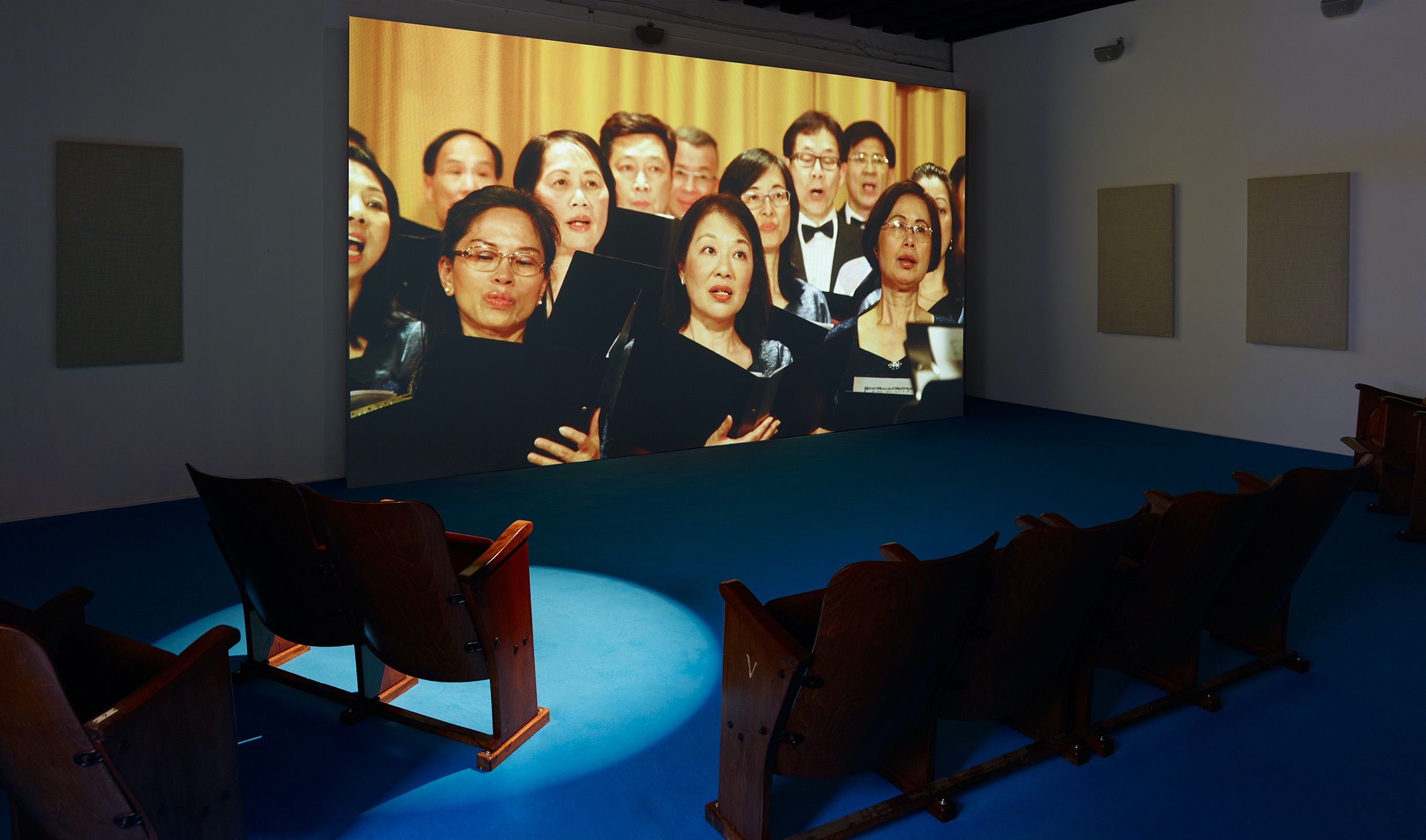 Samson Young, 'We Are the World, as performed by the HK Federation of Trade Unions Choir (Muted Situation #21)', 2017