Thrilled to share that Su-Mei Tse is the sixth international artist invited by Hayward Gallery for their billboard commission overlooking Waterloo Bridge. The striking image is a still from Su-Mei’s video, ‘A Certain Frame Work 3 (Villa Farnesina)’, 2017 which features an extended close-up of a glass ball being skilfully manipulated by a juggler. Each video in this series was made in front of, or within, a historic site in Europe. Reflected in the transparent orb in this image is the interior of Villa Farnesina, a 16th century residence in Rome. 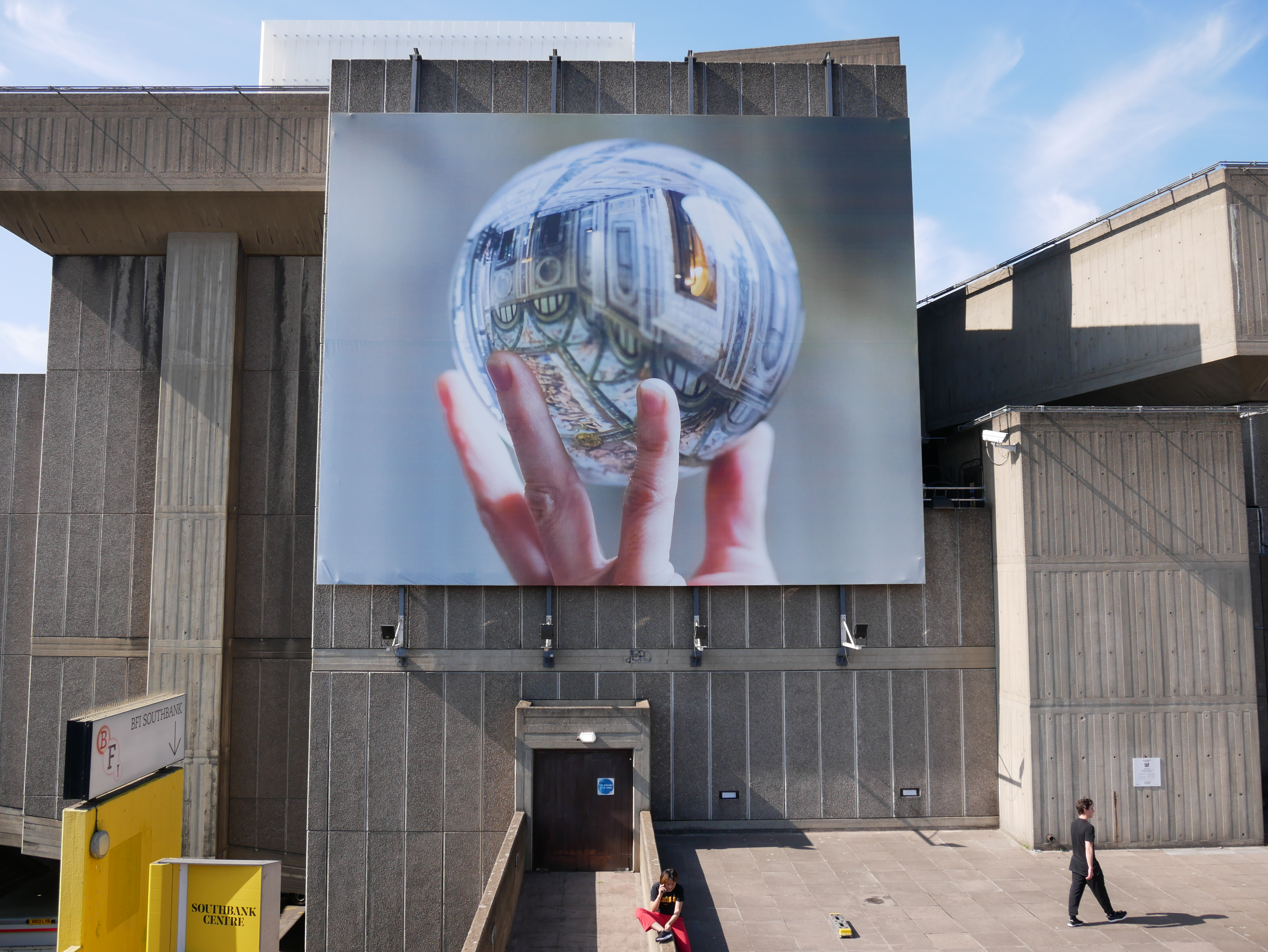