Modified, shifted or transferred elements amounting to new relationships between status and object: herein lies the pulse of Chou Yu-Cheng’s practice that builds, across multiple mediums, a subtle critique of mass media, institutions and the mechanisms that produce them. A graduate from l’Ecole Nationale Supérieure des Beaux-Arts de Paris, and the research programme La Seine, Chou has gained international recognition for his dialectical interplay between the source and results of his creations. Through his selective conversations, Chou shapes a minimal yet deliberate set of intellectual and aesthetic tricks, which ultimately play on the properties of art, object and space. His notable solo shows include ones at Taipei Fine Art Museum, Kaohsiung Fine Art Museum, Bethanien Kunstverein in Berlin, amongst other. Group exhibitions include Performa; Perth Institute of Contemporary Arts; Lyon Contemporary Art Biennale; Liverpool Biennial; New Museum, New York; Asian Art Biennial, Taiwan and others. Chou’s work is held in multiple museum collections including the University of Salford/CFCCA, UK; Taipei Fine Art Museum; Kaohsiung Museum of Fine Art.

Coloured-in wallpaper, patched walls, blurred images of domestic paraphernalia – these are but some of Ko Sin Tung’s visual dialogues with the intimate yet urban environments that persons individually create. Concerned with the impact of ‘things’, Ko Sin Tung investigates, through a myriad of mediums and materials, the psychological influences private objects project and the idiosyncratic functions they’ve been personally channeled to fulfil. A graduate from the Department of Fine Arts at The Chinese University of Hong Kong, Ko Sin Tung observes the city’s inhabitants, their close-quarters, and identifies with curiosity their values as dictated through the items they treasure and keep, slowly observing how these objects mirror ways of life, or in the very least, illustrate what is expected for living. Ko’s recent solo exhibitions are ‘Dust and trivial matters’ at The Bunker, Beijing (2019) and ‘Adaptation’ at Edouard Malingue Gallery, Hong Kong (2019).

Creating a minimalist, atypical reality within everyday circumstances, Lai Chih-Sheng’s artwork has a site-specific quality, involving concepts of labour and consumption, which raises questions about art and its production. Extending the tradition of self-reflexivity seen in conceptual art, Lai’s recent work responds to the contemporary art world’s reliance on display systems of self-reference in an exploration of minute perceptions. In ‘Drawing Paper’ (2012, 2016), Lai draws the viewer’s attention to the subtle and distinctive features of the material itself – the thickness and evenly spaced-out rounds of a sketchbook leaflet and the hand torn edges and watermarks on a sheet of Arches Aquarelle watercolour paper. ‘Besides’,

the solo exhibition of Lai is currently happening at Kirishima Open Air Museum, Kagoshima, Japan. He has had solo exhibitions at Observation Society, Guangzhou, 2018; Cité Internationale des Arts, Paris, 2015; IT PARK, Taipei, 2013 & 2005, among others. Lai also participated in Yoko Ono’s solo exhibition ‘Lumière de l’aube’ in 2016 at MAC Lyon, France and contributed to the creation of the work ‘Water event’.

Su-Mei Tse weaves a meditative tale through her work. Empowered by the language of music, Tse’s practice spans mediums of video, installation and sculpture. Investigating associations between places, cultures and traditions, Tse’s delicate work elicits a cross-stimulation of the senses, where time and its flow are suspended in a gentle state of contemplation. On display are ‘Nested #4&5’, ‘Studio 8 (Rome) #1&2’ and ‘Stone Collection II #8’. Tse is an internationally-celebrated artist who rose to prominence in 2003 when she represented Luxembourg at the Venice Biennale and was awarded the prestigious Leono d’Oro award for her tripartite installation ‘Air Conditioned’. Tse’s work has since been exhibited nationally and internationally including solo shows at Aargauer Kunsthaus, Aarau (2018); Mudam Luxembourg, Luxembourg (2017); Joan Miró Foundation, Barcelona (2011); Isabella Stewart Gardner Museum, Boston (2009). Her solo show “Nested“ was held in Luxembourg, Berlin, Rome, Shanghai and Taipei.

Yang Chi-Chuan explores memory as a source of knowledge and agent to mediate relations among people, places, objects and events, giving it material or immaterial form to carry her sensitivity and narratives. Yang often employs storytelling to create a warm duration in her sculpture or installation that embodies a subtle access to a wide range of questions in life, around family, politics, urban environment and various cultural fabrics. Yang’s recent solo exhibitions include: ‘Have a Good Day’, Taipei Artist Village (2017); ‘Tick-Tock, Things That Can Happen’ in Hong Kong (2017); ‘Essays During the Night’, Juming Museum (2017). She is the Finalist in 2018 Art Sanya Huayu Youth Award, China and 2017 Taipei Arts Award. 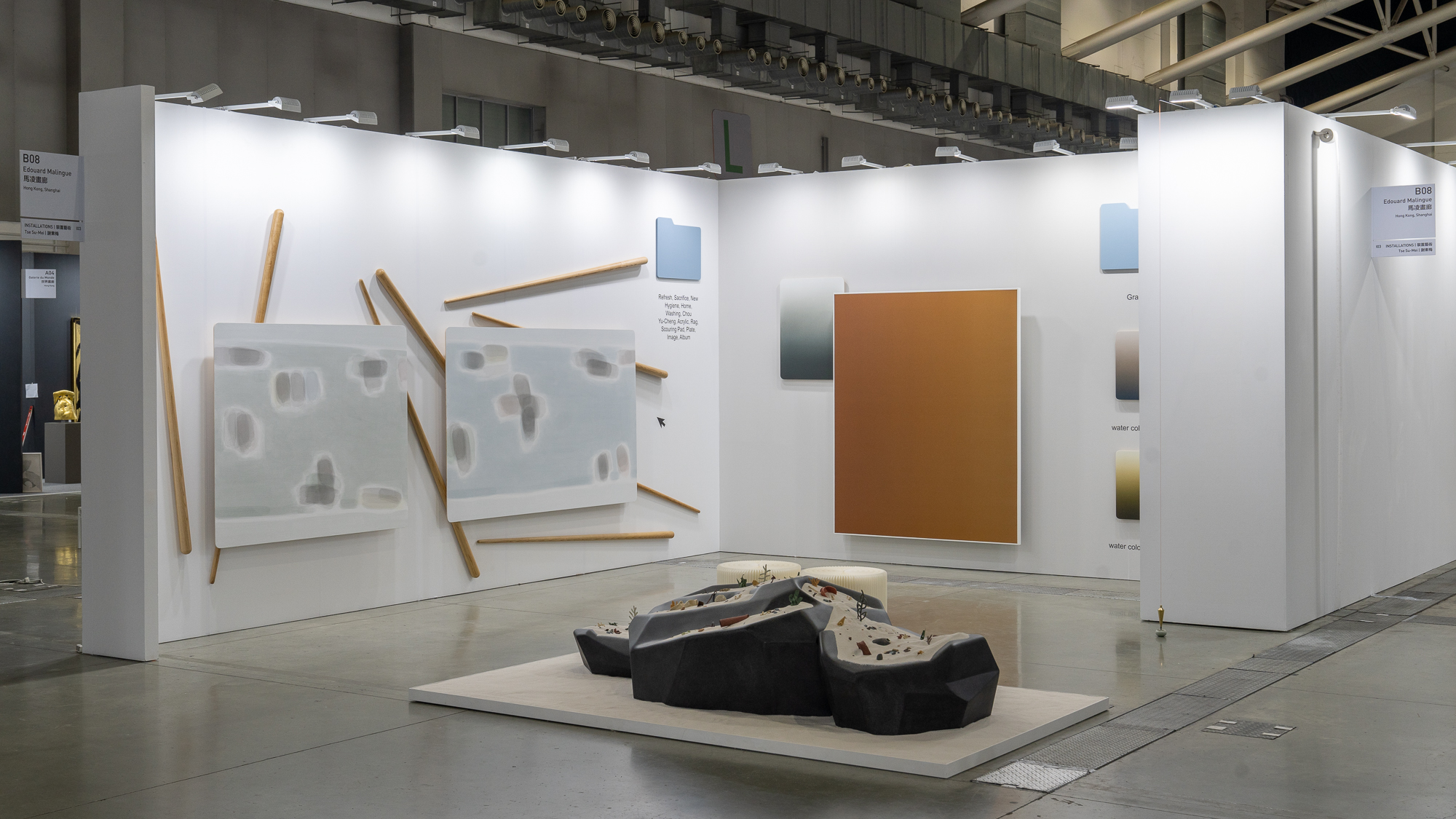