Edouard Malingue Gallery is pleased to be participating in the Encounters section of Art Basel Hong Kong, presenting a floor-based installation by Chinese conceptual artist Wang Wei (b. 1972). ‘Slipping Mural 2’ (2017) follows from Wang Wei’s interest in creating immersive settings that are not so much artworks but rather vehicles for situating artifice in the context of life. As such, Wang Wei actively appropriates existing spaces and visual elements, which he then enlarges and adapts according to the exhibition setting. Through this intrinsic process of engagement and decontextualisation, he questions the veracity of natural forms before fresh eyes and constructs windows for investigating new layers of meaning.

‘Slipping Mural 2’ in particular is based on an earlier sculpture installed at the Red Brick Art Museum in Beijing (2016). Set around the base of a pillar standing in the Art Basel Hong Kong exhibition hall rather than falling off a wall, the mosaic tile platform illustrates an idyllic beach, framed by a palm tree, distant ocean, pink sunset, fluffy clouds and bird flying into the distance. Viewed in this flat, base-like manner, Wang Wei aims to return nature to its most basic form and to reflect upon the nature of ‘reality’.

Indeed, a direct link can be made between ‘Slipping Mural 2’ and Wang Wei’s running ‘Natural History’ series, which began in 2009 and addresses our relationship with manmade visions of nature. Commenting on artificial environments, Wang Wei extracted backdrops from the cages at Beijing zoo, which presented fictitious landscapes for the held animals, which they were seemingly meant to consider as reality. Reproduced in exhibition spaces, they deliberately defy their original purpose and present their contradiction of actual reality,

‘Slipping Mural 2’ ultimately follows from this consideration of zoo interiors; the natural comfort they are supposed to bring yet ultimately not. Additionally, Wang Wei adds a further layer of thought by challenging how such artificial reality may be thought of in the context of an art fair where all is open for observation from the works to the artists and the visitors. 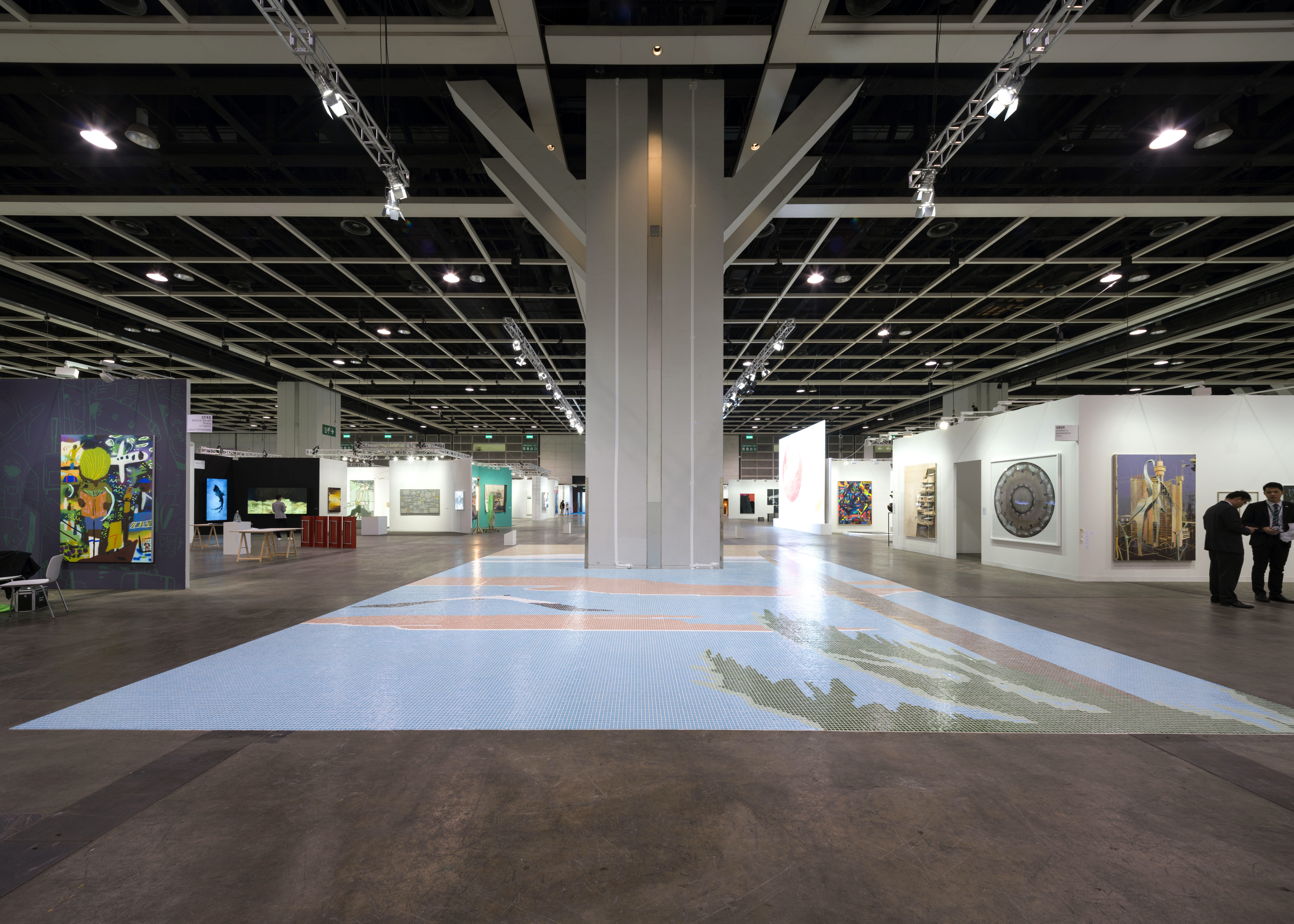