Pan Yuliang: A Journey to Silence

Wang Zhibo has been selected to participate in a group exhibition titled ‘Pan Yuliang: A Journey to Silence’ at Villa Vassilieff in Paris, a project and exhibition space by Bétonsalon – Centre for Art and Research.

A heady mix of timelines, religious symbolism appears between recognisably contemporary scenes, forming a mystical space imbued with rich, historical references. Zhibo’s ode to the Chinese painter Pan Yuliang addresses the shared themes of form and femininity with a reverence that arrives from a deep understanding of the original’s work. There is an elusive quality to the bodies depicted by Zhibo – closely cropped or partially missing, what is shown retains an intimacy owing to the feeling of something merely glimpsed; a moment of quiet privacy realised in vibrancy of oil.

The five works on show not only approach the distant timelines of Yuliang but also reference the moment and act of painting; a brush clutched in hand slips into the edge of a scene as the authoritative gaze of Yuliang directly engages the viewer – this, then is a collaboration, a found kinship between the two Chinese painters separated by a century.

Curated by Nikita Yingqian Cai, the exhibition runs from 20 May – 24 June. 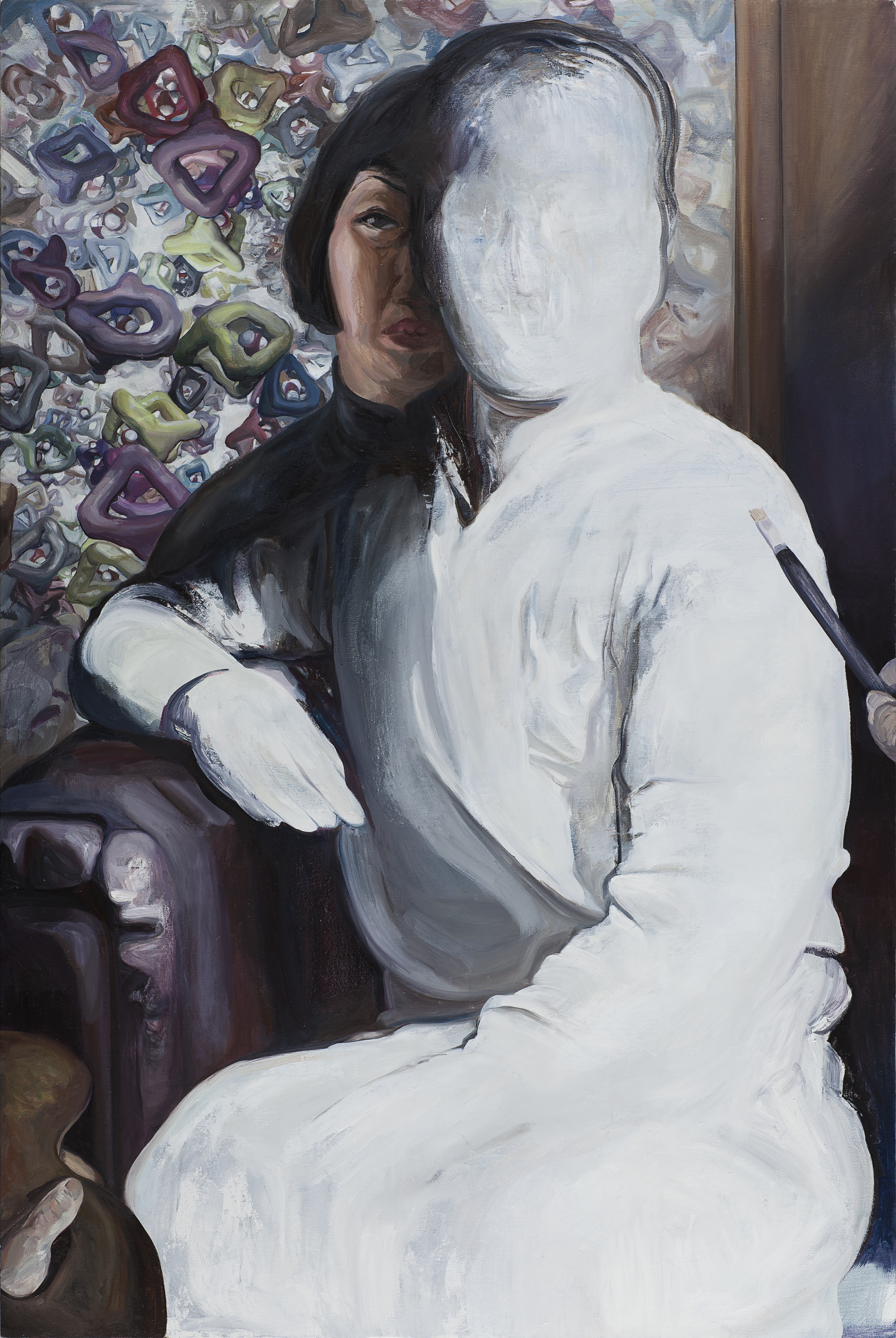