Back to Solo Exhibition

The summer will pass

Edouard Malingue Gallery (Hong Kong, Shanghai) is pleased to announce “The summer will pass”, Zheng Zhou’s two-day solo project at CHAO Art Center, featuring the artist’s latest creations in 2018. This exhibition is concurrent with the gallery’s debut in the art scene of Beijing — its participation in the upcoming Beijing Contemporary with selected works by some of its represented artists.

Born in Wenzhou, Zhejiang Province, Zheng Zhou studied Printmaking at Zhejiang Academy of Fine Arts (now China Academy of Art). After graduation, Zheng became an art teacher while continuing his own practices. He moved from Hangzhou to Beijing five years ago and founded his own studio, concentrating solely on painting.

Through his work on canvas, Zheng records the everlasting flow of thoughts, examines his own reception and feedback on the outside information, and analyzes his hidden fantasies and desires — painting is the outlet for all the secret mental activities. With a brush in hand, Zheng is inclined to avoid conventional compositions and search for something transcendental, turning his back on the burden of traditional morality, aesthetic norms, and rational thinking. Paradoxically, the artist establishes a new order in the process.

In terms of style, Zheng Zhou’s work is close to expressionism that promotes the impression of spontaneity and excludes perspective, dominated by bold colors and frantic lines and unlimited by the logic of any time or space, transcending the boundary of subjectivity and objectivity. To some extent, we can compare his work to the continuous, fickle and jumping expressions of inspiration, intuition or subconsciousness in the stream of consciousness. To Zheng Zhou, painting is just like the lingering thoughts and daydreams in one’s mind. Since the flow of consciousness never stops, all he needs to do is to transform it quickly on canvas. Zheng Zhou likes to call this kind of wholeheartedly unconscious behavior “God’s will.”

Most of the works featured in this exhibition are made in 2018. Since having his own studio, Zheng gets more comfortable with increasing the scale of his works. Three large diptychs are showcased in this exhibition at CHAO Art Center. We hope that this project opens a window into Zheng Zhou’s world of paintings formed by his years of dedication and persistence.

The summer will pass    Zheng Zhou 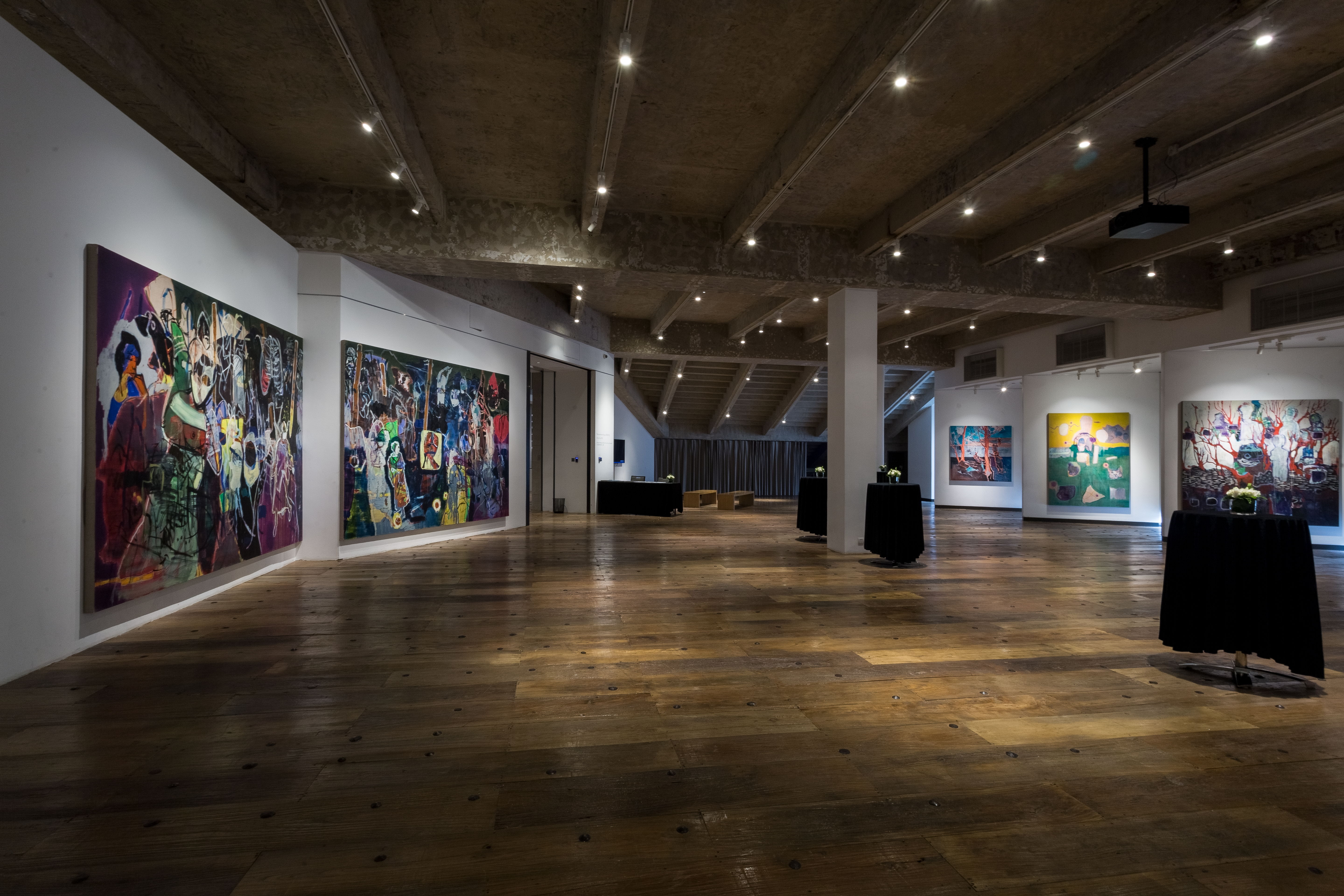