Highlights from the presentation include a group of recent paintings by Chou Yu-Cheng, further elaborating the unique painting method Chou devised at the peak of the pandemic in 2020. The remarkably fine gradient patterns on paper mounted on canvas are results of meticulous handling, as Chou Yu-Cheng balances torrents of contrasting acrylic paint, and ensures that on super-flat Italian Fabriano paper the mineral-based particles are orderly arranged. After the impeccably precise colouring process, Chou then plays with various compositions before collaging and mounting the shaped papers on canvas. For the monumental triptych Three Liquid Stories: Water, Tears and Sweat (2021), Chou incorporates three texts that reflect poetically and critically upon the current situation of the environment, the society and labour. By addressing three distinct forms of liquid, Chou unifies the form and the content of the painting to an unprecedented degree.

Continuing his decade-long exploration of the zoological, the metamorphic and the relationship between human and nature, Fabien Mérelle’s latest drawing Migratory birds (2022) is his largest to date, revisiting one of the artist’s favourite themes: a human figure leading a flock of flamingos in an utterly cheerful way. It is a classic Mérelle drawing in which one sees not only the artist himself in his usual striped-trousers, but also the influence of traditional Chinese art on Mérelle, in terms of both the clean, crisp, largely blank surface, and the urge to render colourful beings monochrome. And, most pertinently, the artist’s earnestness in depicting in great detail a scene that is egalitarian in essence, paying as much attention to the birds’ feathers and beaks, as he does to his goggles and fingers. Unlike other drawings that render dramatic confrontations between a human figure and other life forms that remind one of a Goya etching, Mérelle’s latest drawing presents a fantastic, almost childish moment of joy, handing himself over to an avian community.

Wong Ping’s latest film Sorry for the late reply (2021) was commissioned by the New Museum, New York for his solo exhibition Your Silent Neighbor in 2021. The protagonist in the story — casually named also Wong Ping — carries on developing an erotic obsession with varicose veins, tricking an elderly department store saleswoman into allowing him to suck one such vein out of her calf. As the protagonist is about to reach a climax, he finds himself trapped inside the woman’s body. Proposing this bodily ensnarement as a metaphor, Wong reflects upon the paradoxical nature of today’s quarantine/social-distancing culture, and loneliness: “If you’ve ever stepped into the supernatural world during a hike, or have gotten lost in the parking lot and couldn’t find the exit, or have stared into the eyes of a black chicken standing outside your door through the peephole late at night, then you would know how I feel.” Also included in the presentation is the 3D print of I am the last (2021) from the exhibition Your Silent Neighbor, an anaphoric, crescendo manifesto that touches many of the themes and motifs Wong Ping has worked with over the years.

Known for depicting architectural and domestic environments in a photorealist manner, Yuan Yuan creates the recent painting Free Fall II (2019-2022) by deliberately rendering an overwhelming scene broken, seemingly filled with glitches. Yuan paints the magnificent auditorium in great detail, and in his signature style removes human figures. Disturbing however is the fact that, the empty scene that is on the verge of absorbing its viewer is in the process of undoing itself: it is uncannily being transformed, as the space in the boxes and on the balconies becomes a shattered mirror, reflecting domestic setups and landscapes that are monstrously radiant and complex. Yuan often depicts scenes in which windows and mirrors appear unsuspiciously; in this ambitious painting, he instead opts for openly challenging the integrity of an enclosed architectural environment, by emphasising an area that is off- stage, and by introducing a false sense of depth, which is in turn rendered problematic as he reveals the bare canvas at the bottom of the work.

Another highlight in the presentation is Zheng Bo’s recent group of drawings on paper. Zheng has been drawing living plants since the pandemic hit; for the artist, it is a practice to see, sense and record life — albeit in a limited way. Initially, he was curious to learn the names that ancestors and scientists have given to the plants; as the series goes however, finding out the names was no longer important to the meditative practise. Because the plants in Hong Kong grow densely together, Zheng would often draw a habitat, instead of singling out an individual. For the artist, working with plants and realising outdoor projects makes him highly attuned to seasons and plants. By drawing living beings and by naming the drawings after Chinese solar terms, such as White Dew and Autumnal Equinox, he prompts viewers to think beyond the four seasons. 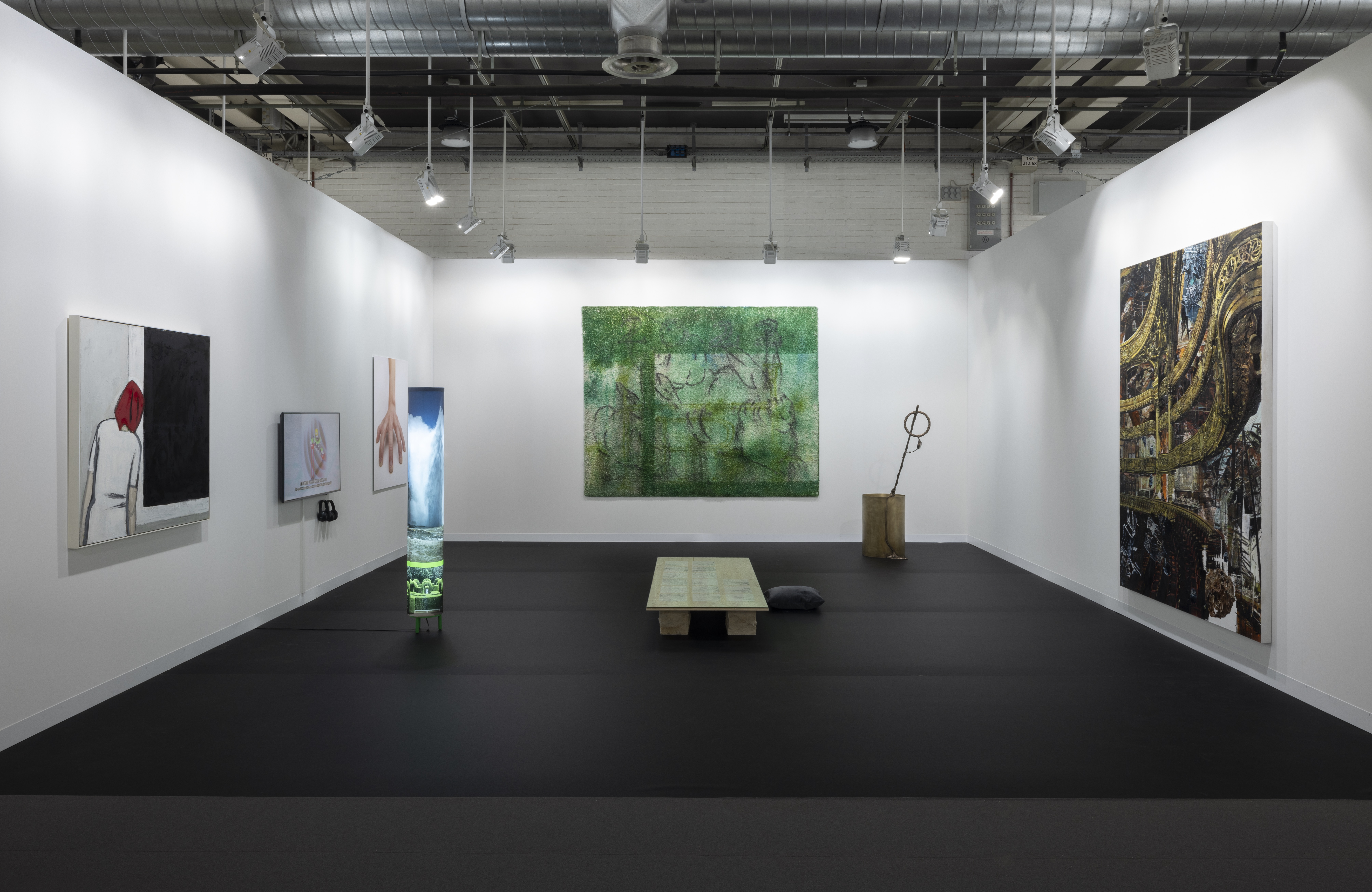