Edouard Malingue Gallery is pleased to present ‘No Exit’, a solo exhibition of New York-based American artist Jeremy Everett (b.1979, USA) that presents a lyrical exposé of his work, which neither ever fully created nor complete, is distinct for its perpetually evolving state between beauty and decay. With an initial degree in Landscape Architecture, Everett traversed into the art of making – or making of art – by subsequently completing an MFA at the University of Toronto. A Colorado native, Everett was exposed for the formative parts of his early years to raw space, the pulsating yet contemplative existence elicited by bare earth. Citing inspirations such as Land Art masters Robert Smithson and Michael Heizer, Everett’s work stems from a centre of intuition and subtly evolves beyond process and creation.

Central to the exhibition is a new body of work, which carries the title of the show, ‘No Exit’. Conceived or developed by applying mixed media on a mylar blanket, the faintly tainted yet evanescent surfaces are charged with a particular gravitas. Draped or lightly extended, their surfaces and stilted movements evoke a subtly charged poetic: face-to-face before you they are grounded yet vulnerable, honest in their transparency yet enigmatic in their textured appearance. A focus as such is urged not only on the series’ formal aspects but also its experiential practice. Indeed, there is scientific yet released abandon vis a vis their process of creation: each work has been exposed beyond the studio walls, whether in the desert or the dry plains of his native Colorado; a process that borders on the realm of performance and adds to their final lyricism as much as their initial captivation.

At the heart of Everett’s work is the essence that finality is never fully achieved; it is neither sought nor is it the purpose. Before Everett’s Film Still works, for example, you stand as a victim of circumstance, face-to-face with a surface that seemingly reflects and thereby lures you in only to then reject your ordinary sight and force upon you the open-ended question of ‘what else do you see?’ Beyond this initial impact there is also the continuously unfolding story of their making, how they were created using the techniques of exposure and black room development as in photography, yet, without the single use of a camera. In these works, as well as others, the medium of photography was purposely released from the shackles of mechanics whilst its core creative methods, that of spreading emulsion and revelation to light, were teasingly brought over into the realm of abstract painting. Everett breaks the codes, defies Greenberg and pushes the conceived limits of artistic formation to create visual fragments of a sentence, which perpetually exists and evolves.

Such emphasis on the making and breaking of is evinced in his Autoexposure works. Created using oil paint, cyanotype and canvas, they stand apart from Everett’s other pieces on show in that your gaze is swallowed by their dark blue surface, sucked into an earthen terrain that revels in an abundance of details. Captivatingly raw, they stand before you seemingly tarnished and akin to a shard that has been uncovered from another world. Faced with these works you are called to be vulnerable, to be nothing more than who or what you are. For, as with those formations of land that have been achieved by the trampling of natural disasters, the emphasis in Everett’s works is not on perfection but rather engaging with the beauty that can be uncovered in ‘failure’.

Overall, ‘No Exit’ reveals through various series’ of work how Everett’s oeuvre is hypnotic, transcendental and disturbing whilst simultaneously pervading a mesmerising quality. Subtle yet direct, it does not spell out for you what you should see but rather opens your mind to numerous transformative possibilities. It is twisted yet brings you clarity and straddles the line between disorder and decay, order and beauty. Indeed, it is the perfection of the defected. And presented before you, mid process, mid existence, it is wondrous and reduces you to the core of your being, unmasked by something before you that accepts your vulnerability, for it also is in this with you.

Jeremy Everett is a highly celebrated young emerging artist who has held solo exhibitions in New York as well as Paris and has been included in numerous group exhibitions in Monaco, Berlin, Hong Kong and Los Angeles. His work was most notably part of an exhibition at the Museum of Contemporary Art in Chicago, for which Phaidon produced a catalogue. Jeremy Everett’s work has been extensively supported by art critics and been deliberated in l’Officiel de l’Art, Muse Magazine, The New York Times, The Smithsonian Magazine, Flash Review, Modern Painters and ArtReview, amongst others. 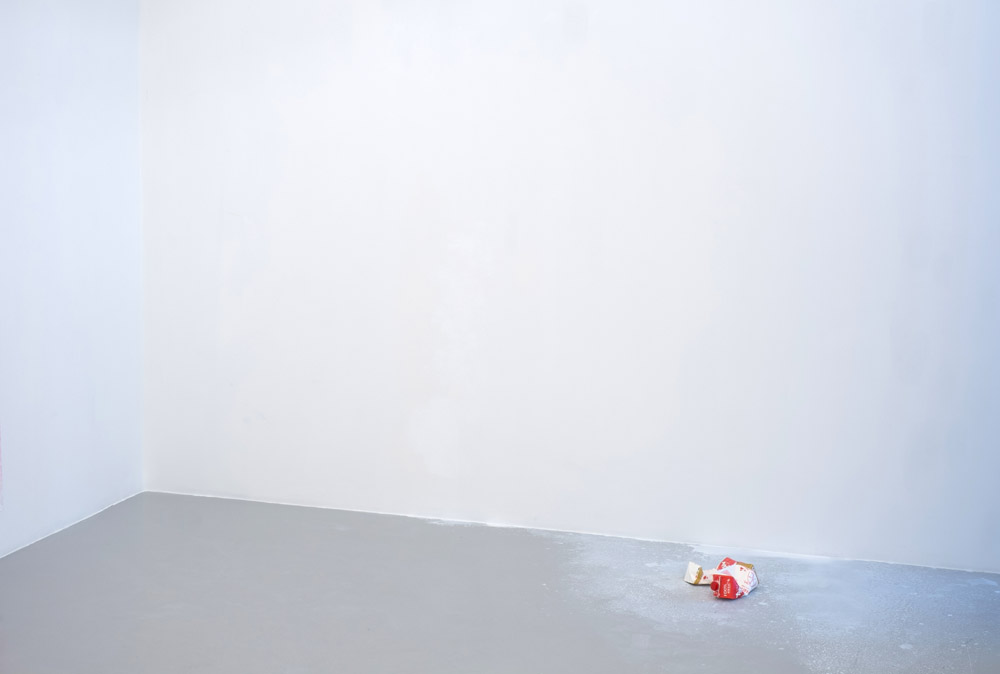