Edouard Malingue Gallery is pleased to present “An Acute Manner”, Ko Sin Tung’s third solo exhibition with the gallery, showcasing two new site-sensitive installations created specifically for the gallery’s Tin Wan studio. Over the years, Ko has been known for exploring in depth the political dimension of social spaces and everyday experience, acutely capturing transitional moments in life. From a singular perspective that is critically detached and restrained, she represents in various forms — installation, sculpture, painting, photography and video — the procedures and means through which contemporary society disciplines human and non-human bodies.

“An Acute Manner” includes two new site-sensitive installations: the eponymous ‘An Acute Manner’, and ‘Experimental Field’. For the former, which assumes the form of a curtain, Ko employs as slats straightened barbed wires that are generally used to brutally separate public and private spaces. Hung from the ceiling of the gallery space, this electrically powered installation attempts to complicate the relationship between the spatial and the visual by constantly shifting sideways, realigning passive, defensive manoeuvres with active, aggressive threats. ‘Experimental Field’, on the other hand, is a group of low, encompassing barriers; attached to the metallic structures and rods of which are dissected plastic bottles. Incorporating in an eerie fashion everyday wares and vessels anthropomorphised to different extents, ‘Experimental Field’ is the latest iteration of Ko’s moderately constructed matrix of interference-feedback, danger-safety, and destruction-creation.

The two works specifically conceived for the exhibition summons strange, non-theatrical performativity, further expanding the complex spatial narrative that the artist has developed since 2015. “An Acute Manner” corresponds directly to the permeating, conspiring nature shown in recent works such as ‘Guardian’ (2019) and ‘Temporary Storage’ (2019), elucidating further themes from Ko’s two solo presentations in 2019: “Adaptation”, and “Dust and trivial matters”. Departing from recent projects, the latest exhibition of “An Acute Manner” weakens the physical structures of barriers and interference, no longer regulates the spectators’ bodies and movements in ways that are overwhelming and total. Instead, it emphasises the sharp, spiky nature of metallic materials, addressing with clarity the coldness and danger of the space, hinting negatively at the notion of segregation-as-protection that the artist has vehemently questioned in her previous projects. The exhibition aims at expounding the false notion of cleanliness of the world, and representing its ever-tightening control over society. In “An Acute Manner”, Ko also further nurtures a rare yet significant element: human or non-human bodies. Be it the appearances of gloved hands from her series of videos, or the building that serves as a metaphor for skin or organs in ‘Hard Pieces’ (2020) — these fragmented, concealed and sketchy bodies are crystallised into the dissected plastic bottles painted with povidone-iodine, radicalising the violent nature of caring and healing practises, in a present world that particularly emphasises on contaminations, disabilities and diseases.

Ko Sin Tung (b.1987) is a highly promising, emerging young Hong Kong artist. She graduated from the Department of Fine Arts at the Chinese University of Hong Kong in 2009, and currently works and lives in Hong Kong. Her works have been exhibited locally and internationally, including at the National Taiwan Museum of Fine Arts, Taichung City (2021), The Bunker, Beijing (2019), Tai Kwun Contemporary, Hong Kong (2018) and Centre for Chinese Contemporary Art, Manchester (2017), amongst other locations. She was awarded the Special Jury Prize of Huayu Youth Award (2016), Pure Art Foundation Grant (2013-2014) and Project Grant (Emerging Artists Scheme) from the Hong Kong Arts Development Council (2014). 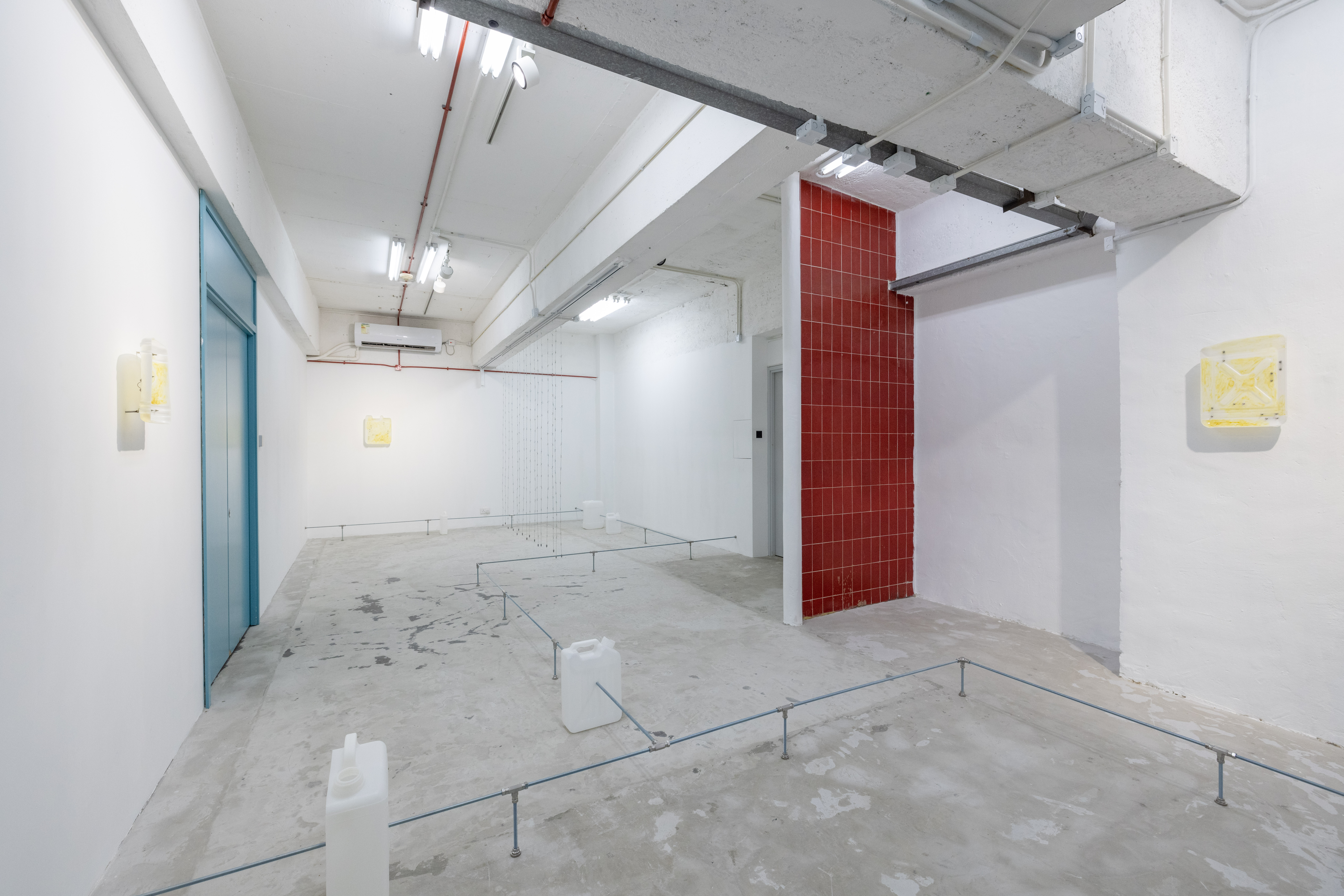