Edouard Malingue Gallery is pleased to present Future Archeology, Laurent Grasso’s first show in Asia since Radio Ghost at agnès b.’s galerie du jour in Hong Kong in 2003 in the early days of his international career.

Beyond its romantic aura, Future Archeology plays with the notion of time which appears here as compressed, creating for Laurent Grasso a destabilising, even paranoid, effect. This tension continually pushes further towards certain boundaries of the spectator’s perception, such as when he pretends that his series of paintings Studies from the Past are taken from the Italian Renaissance or the classical ages of European painting. Similarly his contemporary neon Stella Nova refers to a 17th century essay about a shooting star. This exhibition will be the occasion to demonstrate how the work of this artist has matured with a carefully curated selection of artworks.

In addition to the exhibition within the gallery, Laurent Grasso will install his Anechoic Pavilion, a one-room cabin constructed as a place for meditation and observation of surroundings, on the rooftop of Central Ferry Pier 4, facing the Victoria Harbour. This iconic piece will allow visitors to experience a unique sensation of inner exploration. Visitors will embark on a journey taking them from the heart of the most active city in the world to the very margins of reality and fiction.

Born in France in 1972, Laurent Grasso is universally regarded as one of the most prominent artists of his generation. Having embarked upon his successful career in the early 2000s, by 2008 he had been awarded the highly prestigious Marcel Duchamp Prize. Subsequent notable shows in Europe includeThe Horn Perspective at the Centre Pompidou, Paris in 2008, and in the USA, Portrait of a Young Man at the Bass Museum of Art, Miami in 2011. He has also exhibited his work extensively in the Middle East, at the Sharjah Biennal (United Arab Emirates) in 2009, and in Asia at the Busan Biennale in 2006 and the Leeum, Samsung Museum of Art in South Korea, in 2010. Laurent Grasso is currently holding a solo show entitledUraniborg, at the Jeu de Paume, Paris. This constitutes the artist’s most important solo exhibition to date and will subsequently travel to the Musée d’Art Contemporain de Montréal, Canada.

Laurent Grasso’s work often investigates the machines and systems that mediate our modern era. He uses these mechanisms, as well as the history of art, techniques, philosophy and cinema, to create unusual perspectives. This kind of consideration and play on common experience and knowledge, aiming to enlarge or radically change points of view, is what attracted Edouard Malingue to Grasso’s work. Both gallerist and artist alike are reaching for a new approach for our times, be it prospectively or retrospectively.

A catalogue presenting the works of the artist with an interview and essays that shed light on his approach and go deeper into details is published by the gallery and will be available on opening day. 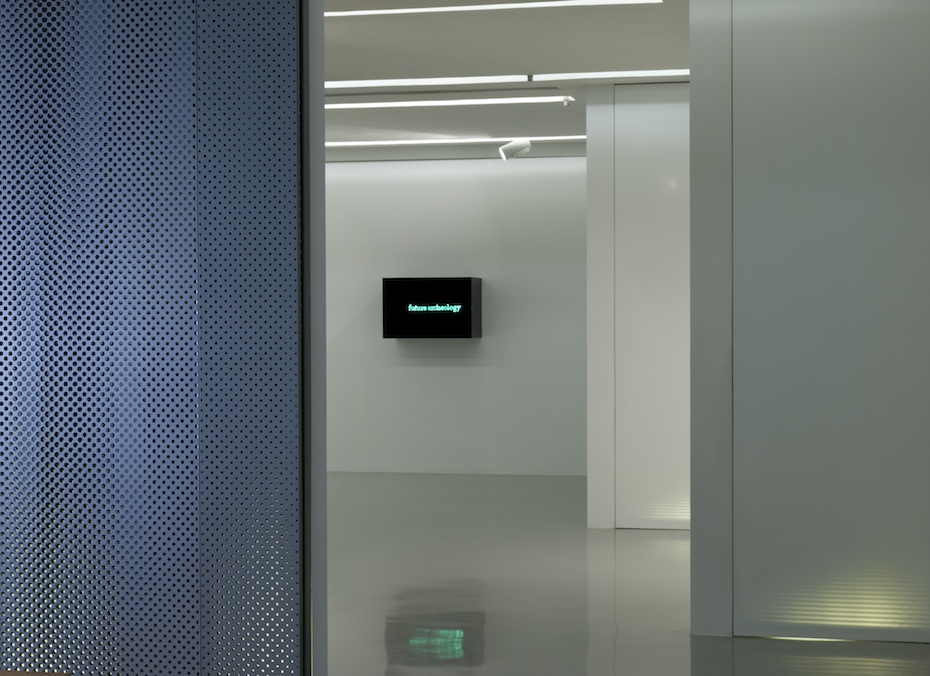