Visibility is a trap

All observations are but one way of apprehending reality: Laurent Grasso explores the epistemological complexities surrounding partial observations in science, history, perception and belief in order to construct parallel realities that test our knowledge systems and critical capacities. Visibility is a trap is a paradigm of this inquest and a direct reference to Michel Foucault’s theory of Panopticism elaborated in the seminal text ‘Discipline and Punish’ (1975). By using fluorescent white text and mounting it onto a white metal structure, Grasso addresses the conceptual link between the sentence’s visibility and its near white-on-white invisibility.

On the one hand, by merely viewing the sculpture and approaching it, the viewers are entering into a powerful interplay between viewership and control: a self-subjected Panoptical circumstance. Contrarily, Grasso is recasting these words as light and the words as a sculpture so that the sentence is not only looked at for its meaning but also its shape and colour. Thus, while the installation may be for some but an aesthetic object, to others it may be a tall reminder that “he who is subjected to a field of visibility, and who knows it, assumes responsibility for the constraints of power”(Michel Foucault, Discipline and Punish, 1975).

Visibility is a trap 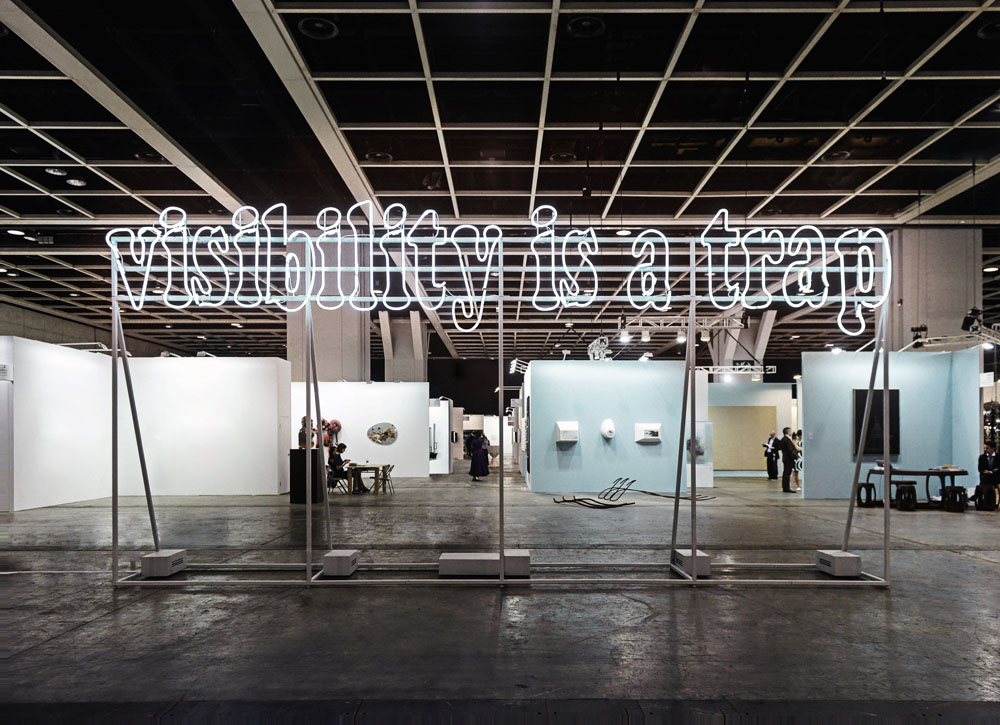