Edouard Malingue Gallery is delighted to announce the first solo exhibition in Hong Kong of Hangzhou artist Yuan Yuan, who is gaining critical acclaim on the international art scene thanks to his distinctive paintings focusing on architectural subjects that convey a unique atmosphere. Born in 1973, Yuan Yuan studied at the famous China Academy of Art in Hangzhou, where he gained a Bachelor of Fine Arts in 1996 and a Master of Fine Arts in 2008. As a secondary school student, he also studied traditional Chinese painting.

Yuan Yuan’s subjects are mainly interiors – some once grand such as great halls with neo-classical arches and balconies, others more modest such as entrances of old apartment buildings. All share a sense of abandonment and dereliction, offering just a glimpse of their former glory. According to Yuan Yuan, ruins give us a sense of security. They are also public places which people may visit. In his paintings, Yuan Yuan tries not to describe a place now, but to identify the residual traces of what a place used to be in the past.

In his most recent work, Yuan Yuan focuses further on enclosed spaces, such as the narrow alleyways between old buildings. Frequently, the viewer looks through a gate or bars at whatever lies beyond. Sometimes Yuan Yuan manipulates architectural details to create new spaces of his own. As a result, the scenes he depicts seem to lie somewhere between reality and illusion.

Yuan Yuan’s compositions are highly structured and orderly, dictated by the geometric details of the architecture depicted.  However, what sets Yuan Yuan’s paintings apart is the incredible detail with which he describes every individual surface within the composition.  In particular, Yuan Yuan is fascinated by mosaics and patterns of tiles, whether on floors, walls, or lining pools and showers.

Yuan Yuan’s meticulous skill in depicting mosaics is unparalleled. Not only capturing thousands and thousands of tiny individual tiles in a single composition, he is able to play with an infinite variety of hues within the same colour scheme to produce a stunning visual effect. The atmosphere often feels humid in his paintings, with water in pools or dripping from the ceiling or decaying walls, and the mood is slightly wistful and melancholy.

At first glance, Yuan Yuan’s paintings seem devoid of any human presence, yet this is not quite the case. Yuan Yuan wants to represent people by depicting traces of their activity in the past. Thus, at the same time as describing in microscopic detail every element in a scene, Yuan Yuan also conveys a sense of passing time, of transition and history. 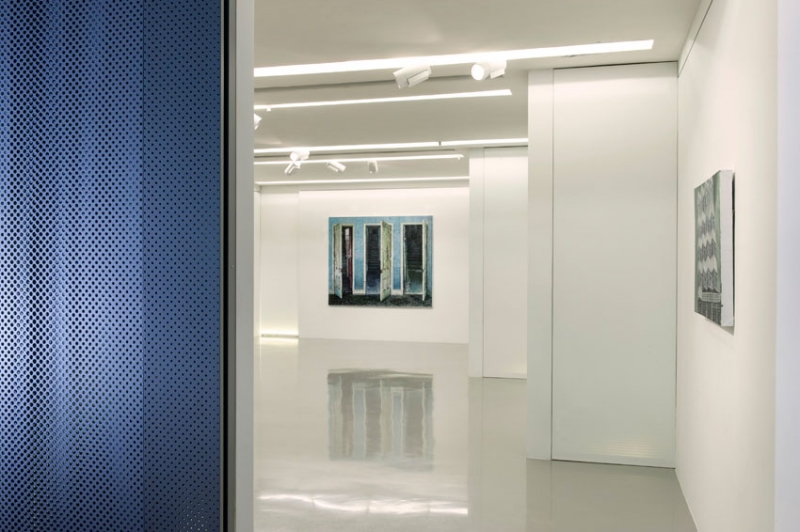