Taking as a point of departure the seminal Ming dynasty text ‘A Journey to the West’ and its seeking of clarity and understanding, ‘misty clouds scattered colours II’ is the second reincarnation of a moving image project focusing on films by artists based in Asia and its diaspora. Initially presented as a collaborative three-day screening and panel project in the site of a small cinema in a converted magistrates court in the heart of Liverpool, this variation in collaboration with Spazio Ridotto and Zuecca Projects is a multi-channel exhibition in San Marco, Venice presenting a selection of the originally-programmed films, which sequentially focus on self/space/nation, the aim being to systematically dispel notions of ‘otherness’ and the clichéd ‘East to West’ rhetoric.

‘misty clouds scattered colours’ is a phrase from the first chapter of ‘A Journey to the West’ and describes the presence of the initial cave, which chief protagonist Sun Wukong steps into as he embarks on his pilgrimage of consciousness. Recognising that a sense of breaking down otherness begins by looking at the self, the primary stage of the exhibition features Wong Ping (b. 1984, Hong Kong), who creates vivid animations that combine the crass and the colourful to mount a discourse around repressed sexuality, personal sentiments and political limitations. Zheng Bo (1974, China) specialises in socially and ecologically engaged art, investigating the past and imagining the future from the perspectives of marginalised communities and marginalised plants.

Extending to an investigation of our surroundings, the second part of the exhibition considers space and brings together works by Tromarama (est. 1991, Indonesia), João Vasco Paiva (b. 1979, Portugal/Hong Kong) and Suki Chan (b. 1977, Hong Kong/United Kingdom). Through humour, deconstruction, psychology and politics, the works collectively address our environment, what makes up our surroundings. Taking a pluralistic standpoint, the works dip between the objects we use daily, the places we assign value to, physical experiences of space, and varying perspectives of the frameworks that govern us, ultimately encouraging a multiplicity of viewpoints, and a heightened attunement to place.

Concluding the project is a wider focus on nation, how we perceive this concept in the context of time and space, amidst shifting political climates, in an age of displacement, in light of a constructed cumulative historical canon. Bringing together films by Sun Xun (b. 1980, China), Samson Young (b. 1979, Hong Kong) and Ho Tzu Nyen (b. 1976, Singapore), the programme fleshes out a set of global concerns that impact lives regardless of ‘continents’ or ‘countries’. Delving into who or what defines us and how, a sense of empathy is encouraged and points of connection are made between one context, citizen, and another.

Since 2011, the non-for-profit Cultural Organization Zuecca Projects, founded by Alessandro Possati, has been promoting, through Spazio Ridotto and Zuecca Project Space, a long list of interdisciplinary projects, firmly linked to the most advanced and innovative contemporary contexts. International artists and architects such as Rirkrit Tiravanija (2012), Ai Weiwei (2013), Lola Schnabel (2013), Eisenman Architects (2014), John Giorno (2015), Atelier Van Lieshout (2016), Slater B. Bradley (2016) and Marina Abramović (2017), were exhibited by the organization.

Spazio Ridotto is an OPEN PLATFORM for VIDEO and DIGITAL ART, located in the heart of Venice and managed by Zuecca Projects. Its mission is to promote the interdisciplinary dialogue and artistic experimentation, creating a connection between the physical exhibition space and the virtual world. 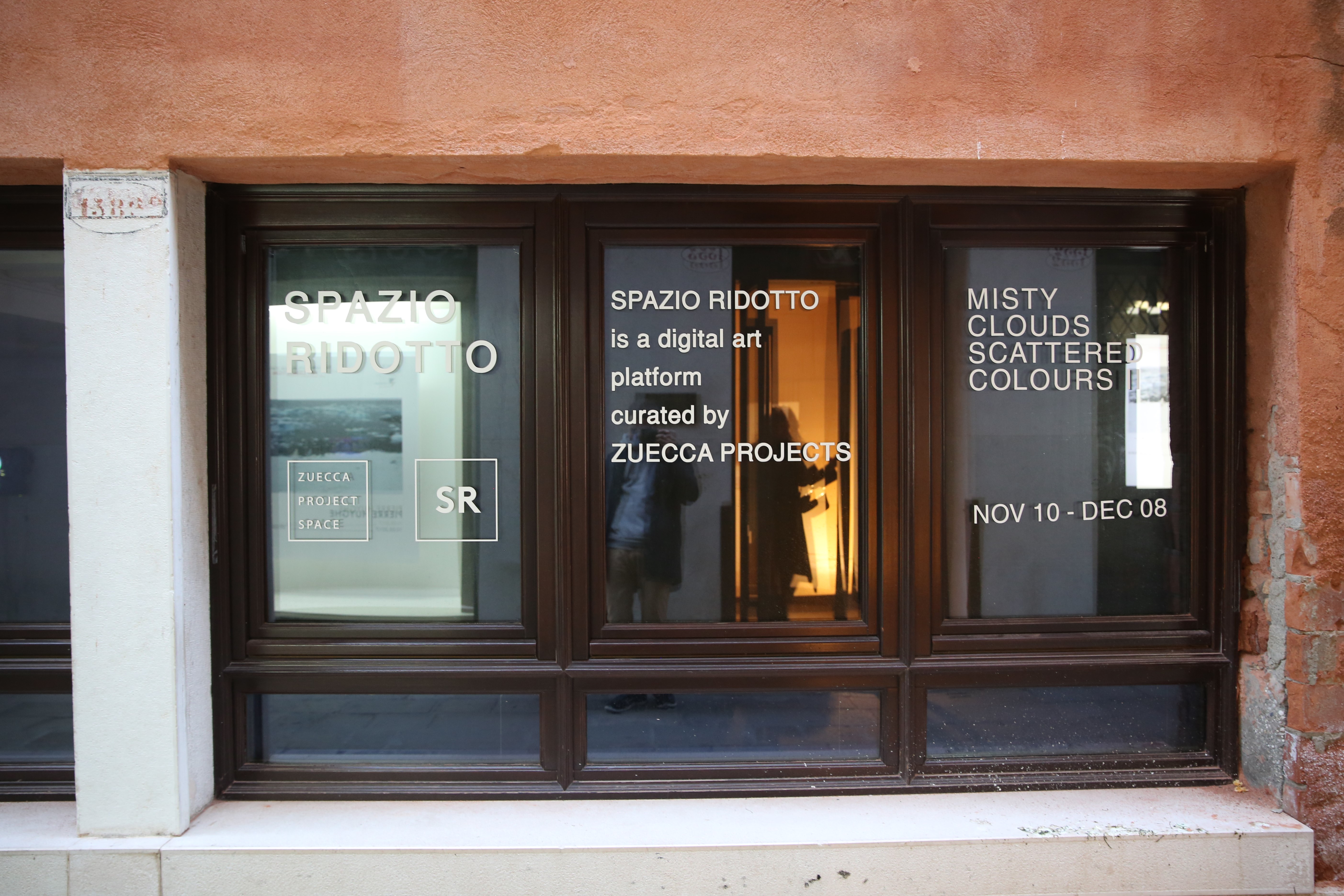